Not that I'm entirely blameless...
I met Paul in 1992. I had moved back to southern California, having lived in New York City off and on for about three years. I'd made an album in mid town Manhattan, accidentally marched with Al Sharpton, ridden horses in Prospect park, been telephoned by the FBI for questioning about a sublet I'd rented from a man who was associated with the IRA, and broken up with a long time boyfriend. I was ready to be back home.
I was pretty depressed though. I dated a few guys but nothing seemed to pique my interest. The only thing interesting in my life seemed to be happening in my dreams: like meeting and getting production lessons from Brian Wilson, a song given to me by John Lennon while we sat on a curb and he played guitar and banged the strings gently with a pencil, a convoluted storyline about a guy named Gary with the dream ending on a theatre marque stating The Leading Leg of Gary Handeman...
My imagination was alive and well but my love life was asleep. Then a surfer guy asked me out to a Bob Dylan show. It was at the Pantages Theater in Los Angeles. I feel bad in retrospect, he was a really great guy, a founder of Surfrider Foundation, and he deserved a more respectful date than what I was. We found our seats, he sat down and I excused myself, dashing out to the lobby to look for music friends.
Every now and then I'd check in on my friend with our seats but most of the time I was out in the lobby. I ran into a bunch of people I knew. Andy Paley was there, I'd just met him a few months earlier and hung out at his place talking about Brian Wilson. Andy had made albums with his brother in the mid 70s and somehow had become a Brian Wilson best friend in the late 80s. He had great stories. Wes was there, as in John Wesley Harding. I'd met him in London a few years before. Some other folks....don't remember who else.
At any rate, Andy introduced me to Paul Williams at the Pantages. It was a funny thing. I'd just read Dominc Priorie's book Look Listen Vibrate Smile, which was a compilation of writings (mostly from old newpapers and rock magazines) about Brian Wilson's legendary Smile album, and had just finished the interview (which had originally appeared in Crawdaddy) between David Anderle and Paul about Brian's work.
It was such a delight to meet him. I said, "Wow, I was just reading some of your stuff." He thought I'd read Das Energi, which has always been one of his most popular books. I said, no, it was the Anderle interview. I had a million questions to ask. We stepped away from the group and I got to ask a few. Then Dylan started and we all scattered to the wings.
I found my date and my seat but I could hardly think straight. I'd just met the guy that hung out with Brian Wilson in the 60s, during the making of SMiLe! He'd even made sounds on the sessions with others, like animal noises and stuff. And he'd stayed over night at Brian's in the tent that was in the sand box in the house next to Brian's piano. The first time he smoked pot was with Brian in that tent while listening to the acetate's of the SMiLe sessions. Dang.
And he didn't look old enough to have done all that cool old stuff. I can't say that I was attracted in that sexual or romantic way to Paul at that point. I was just attracted. Like that feeling you get when you meet someone and a surge of energy happens, undelineated, not yet appointed to any particular emotion. I don't think it even occurred to me, the idea of him being physically attractive or if he was sexy or anything like that. It was none of that. It was just a great big feeling that needed to be acted upon.
And so I asked him if he would kindly meet me at Canter's Deli on Fairfax the next day so I could ask him a million questions about Brian Wilson and his own ideas about what brought about an artists great work. I knew there was something I needed to learn.
....more to come...
Posted by Unknown at 10:12 PM 2 comments: 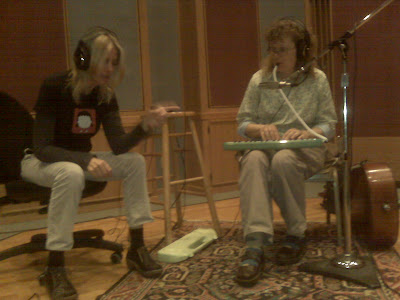 It's a weird story. Eleven years ago I was given ten thousand dollars from Warner Brothers to make a demo of four songs. Nice. I'd approached them with a prospect. I had befriended two young girls in San Diego, Lindsay and Anna Troy they were 12 and 15 and asked them if they'd be interested in singing some of my songs on an album. Then I taught them the songs and alot of harmonies and put together a band.
My old pal Chris Davies (Garage Orchestra, Penetrator's) and I work-shopped some ideas for tracks at his place. For one song we built a track on a cassette tape consisting of a cha cha beat from an old Casio keyboard then put some staccato organ chords on it and a messed up sounding guitar...we bounced one track over to another cassette player again and again which increased the "distress" aspect of the sound. I was sure to record the "tracks", that is hold the cassette player, far away from the speakers so you could "hear the air" between the speaker and the player. I swear I could hear Phil Spector's famous "recorded air" in the final tape.
That is the track the rest of the band would have to play along with in the studio.
Somehow I was able to coerce some amazing players to join me in the studio. This is where having some money from a record label helped tremendously. (Look no one got rich. Then again no one ever does in the music business except for the insanely lucky and a few flashy pimps).
Justin Meldal-Johnsen (Beck, NIN,imarobot) on bass, Roger Manning (Jelly Fish, Beck) plays the keyboards, Randy Hoffman (Gar.Orch/Harry Partch) on vibraphone/timpani/woodblocks, Stephen Hodges (Tom Waits, T Bone Burnett) on drums, Chris Davies lead guitar, Stew (Passing Strange, Negro Problem) on rhythm guitar and Henry Diltz taking photos and playing a bit of banjo and clarinet.
This session was recorded in June of 1999, one day for eight hours and the music tracks were done. A week later me and Lindsey and Anna sang the vocal parts. With the sisters singing the leads on the songs.
Everything looked rosy. Paul thought it was some of my best work yet. I took the demos to our guy at Warner Bros. he listened and said "I think we need to make the rest of the album now. And Cindy Lee, you need to make your next album here too."
My plan to take over the music-world, was all falling perfectly into place. Then, quite suddenly, all fucking hell broke loose...
My husband Paul, announced that he was about to embark on an affair with a woman he'd met at a science fiction convention. But he hadn't checked in with her on that just yet. It was a speculative idea. He said he thought it shouldn't effect us too much as he'd just fly out to see her three or four times a year, in Miami.
It was preposterous, it was insane and it was the same week that my point person, the Vice President of A+R at Warner Brothers, was abruptly fired after 15 years with the company. Then on the hell heels of this news, his boss, our new WB point person, was fired. But not until Paul poured water over his head during our meditation group lunch and ran screaming out of the room.
I wasn't going along with his affair plan the way he'd thought I would. He was shocked I wasn't okay with the 3 to 4 times a year plan. I told Paul he could go to Miami as much as wanted to, and explore endless possibilities with the librarian, because I wouldn't be in the picture anymore and then I moved out.
And so the four tracks were put on a shelf and the young girls grew up to be fine young women with lives and careers of their own. I went back in the studio a year later and recorded 3 songs with a string session, I was living up in LA and seeing a guy with photos on his wall he'd bought from a gallery, they were all black and white shots of dead and gunned up mobsters. ( "If you don't like these you're not gonna like my idea of a picnic in a Manson Cave.") He was a writer, one day we had a skirmish and he said to me: "You should treat me better, I'm a living legend you know".
I got a call from the living legend I was still married to, we shared a laugh, he told me he was seeing a therapist and could he visit me. Things just sorta went that direction from there on out. The evil days had passed and the heavenly spheres were back in alignment again.
A few months ago I heard those WB tracks for the first time in eleven years and I noticed that the hurt was all gone. The floods had passed and the droughts and what was left was the music. I had the opportunity to immerse myself in it's world again this week, (singing, adding Renata Bratt's cello and melodica).
It's a beautiful place, being in the midst of all that sweetness and intensity, a love affair in the form of sound.
Posted by Unknown at 6:02 PM 4 comments: 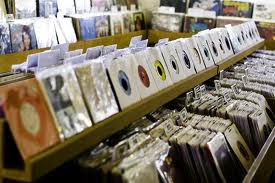 Why am I up at this ungodly hour, listening to rock and roll and chewing gum? Because it's the end of the beginning or the beginning of the end. Something lovely must come to an end so that something lovely can start up.
I can't say what indeed has ended just now, though I could say it is any number of things. But I feel it in my bones. Feeeel it. And it comes in as a soundtrack, a film. Have you seen Pirate Radio?
When I was 16 a girlfriend of mine, very much like many of my girlfriends, who was very kind and sweet and very good took me to her big big church in the city where we teens were hussled into pledging our life to the Lord and then corralled into a basement room and asked to give up everything that was near and dear to us, that being rock and roll records.
It was my fault maybe, I'd asked the question. Do we have to give up everything? Even things that we love like our record collection? And the hip shirted man in his 30s said "yes, can you give your whole record collection today to serve God?".
I dug God. Certainly on my terms. He was alive there in the stars everynight right? Made me feel good, made me feel alright. Why was God separate from rock and roll. I didn't get it. Wasn't God everything good? God works in mysterious ways...
I needed a healing to be sure. But God healed me through rock and roll and I know I'm not alone. It still happens everyday all over the world.
* * *
And so thank you my teachers especially you Paul...xxoo g'nite sweetheart g'nite
Posted by Unknown at 12:47 AM 3 comments: