Angel May Fly To Your Rescue 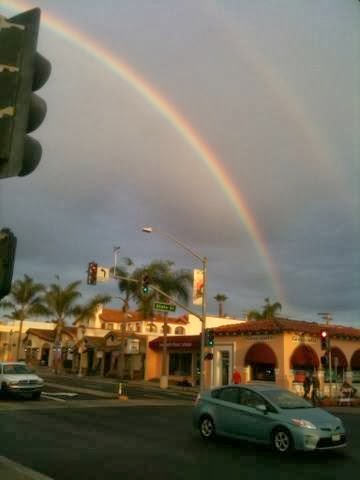 I don't like to read horoscope's normally. They set me up for feeling like some anvil is gonna fall out of the sky as I walk by or, maybe, some kind of good thing is coming my way which increases my feeling of entitlement.

Today my horoscope said this:

"An angel may fly to your rescue today, whether you need the assistance or not. But in any case, accepting help is wise..."

And so I thought, what would it look like if I was given a wish from an angel. Well, first off it would come as money to make my album, perhaps from a well off and well intentioned donor. Or maybe it could come in the form of a great new love; either a person or some unheard music or great piece of art. (If it had been the day before I might have wished that Paul Williams/Crawdaddy would have been included in the Grammy's program handout as they'd hinted at months ago).

Anyways that's as far as I got on that line of thinking, I got dressed and set off about my day. Expecting the best, and then forgetting about it all together.

Between classes, teaching students guitar, a ruckus ensued in the front of the music school.  A young girl, middle school age, maybe 14, ran over to the window nervously peering past the guitars and uke's to watch a policeman attend to a man laying
horizontal on the cement.

I asked what was going on and she explained.  She had been next to this elderly man who miss-stepped on the curb and couldn't get his arms out in front of himself quick enough when he fell, so he fell head first. And she heard the terrible noise of skull hitting hard ground.

She ran to him and then began yelling for help. When some adults came to her aid she was able to run into the school of music and ask for a clerk to call an ambulance. I saw her just after that.

She was visibly shaken but she wanted to tell her story and she wanted to feel like she was going to be of help to this poor man on the ground. "He hit his head so hard, I could tell by the sound".

I looked out the window and a man with white hair, was prostrate and barely moving. A few folks standing over him. It did not look good.

There is nothing she nor I nor anyone in the shop could do at this point and we could hear the whine of an ambulance on its way. I made eye contact with her and told her what she did was of great help to the man, just calling out for help and asking someone to call 911, and that she could help him further by telling the police or EMT how he fell.

Of course I'm thinking of the time that my husband, Paul fell off his bike while riding down a steep hill and incurred a brain injury, and how helpful it was to me and the EMT to know what happened, how he fell, was a car involved etc. from an observer.

She seemed relieved to know she might have been of some help. I told her she could call her parents to come pick her up early from her lesson, that what she just experienced was very traumatic. I asked her if I could give her a hug and she was so relieved and happy to feel like someone was there to understand or be a witness to what she was going through.

How odd I thought, that I, someone who's life has been forever changed by a traumatic brain injury to a loved one, would be available at the right moment, to help a girl in distress.

After that her music teacher took her out to talk with the police about what happened and I went in to teach my next class . The man, apparently 79 years old was being tended to by the EMT and questioned for his level of consciousness (that's how they tell if you need a trauma ward or just a plain ol' hospital) and then loaded in the ambulance.

Maybe that angel, the one I was hoping would bring me a pile of dough and good stuff,  gave me a chance to be someone's angel. 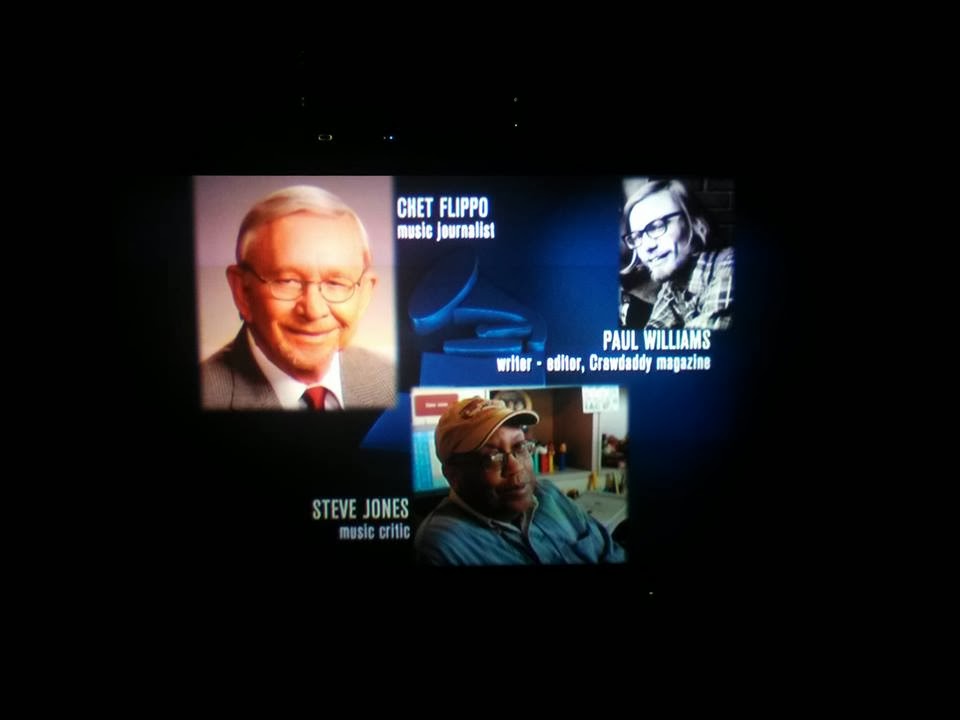 Paul was included in the photo montage of deceased rock writers and influential musicians. They had told me he'd likely be included in the program booklet but I was surprised that they included him in the broadcast montage.

What would Paul think about it?
I think he would have been slightly befuddled, and very pleasantly surprised and thinking 'how can I parlay this/use this to my advantage, toward my next publishing adventure'. 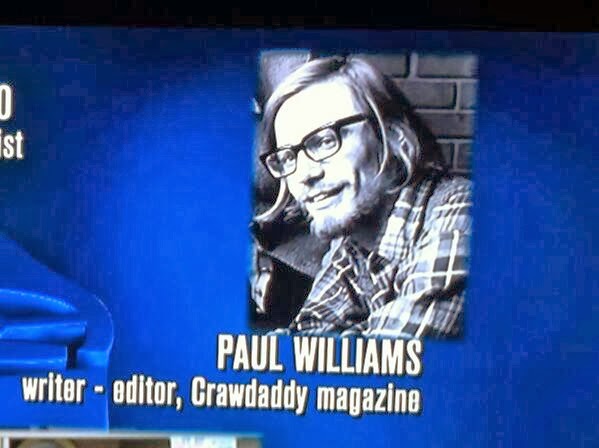 Here is the superb piece on Paul's influence, and his passing, done by Roy Trakin for Grammy.com back in April 2013..
Grammy.com on Paul Williams/Crawdaddy
Posted by Unknown at 11:55 PM No comments: 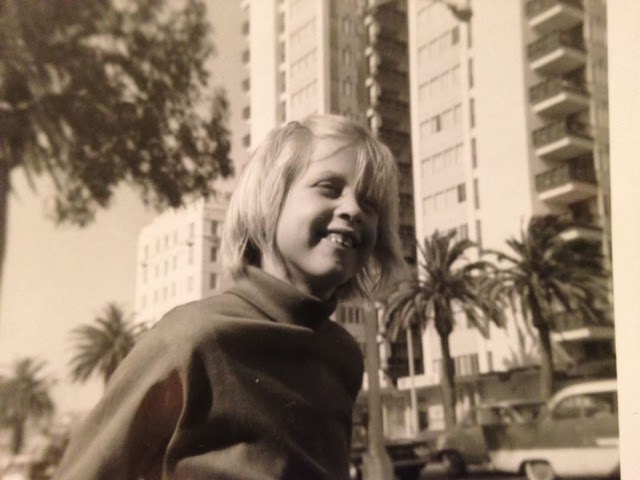 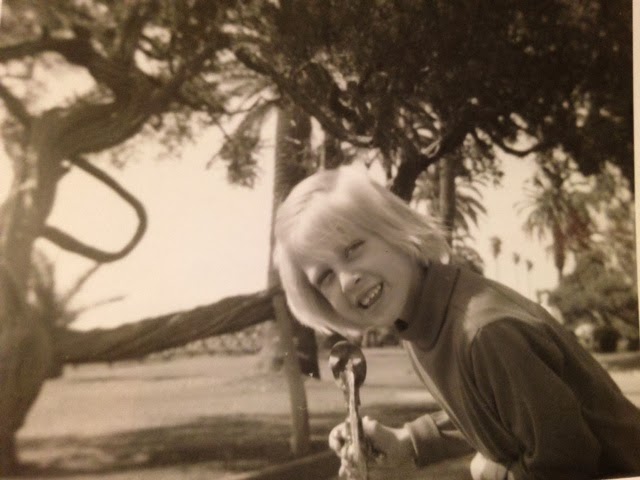 We would hit Westwood for ice cream then the pier and do the carousel. 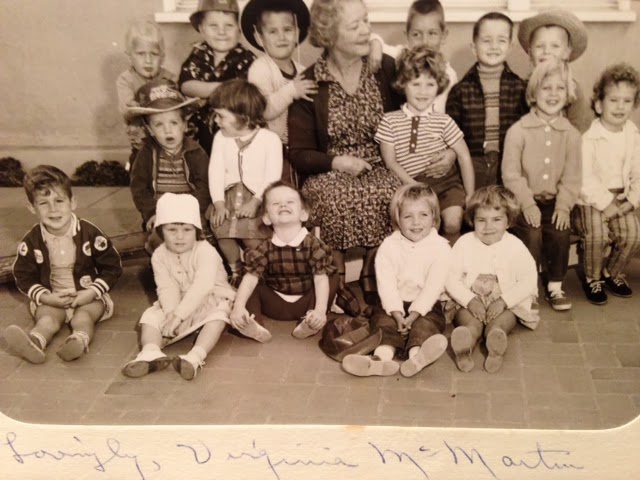 I went to the McMartin Preschool! (I'm the blonde kid on the far right) They gave us chocolate, so nothing seemed amiss to this kid. My family was living in Hermosa Beach on 32st, a half a block from the ocean at the time. Then my dad got a job in Delano, 30 miles north of Bakersfield, so we packed up and moved there. Then my mom came back and lived with her mom in Hermosa and I went back and forth between the country (Delano) and the beach. 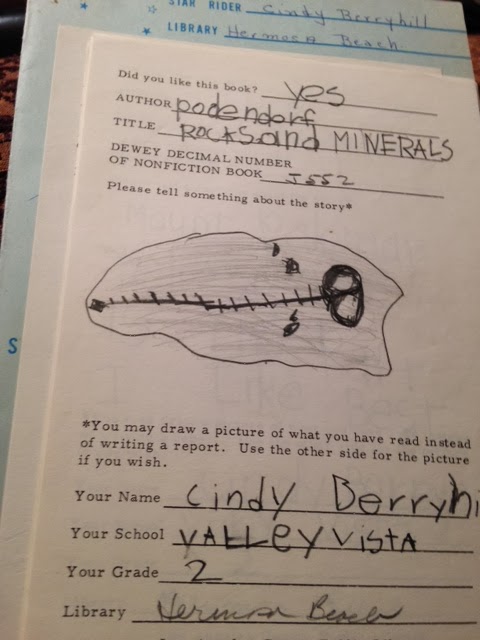 While my mom was working on her degree at Cal State Long Beach I did my own course of studies at the local Hermosa Library. Sadly, just as she got her Bachelor's degree and was hired as a first year teacher, she passed away. 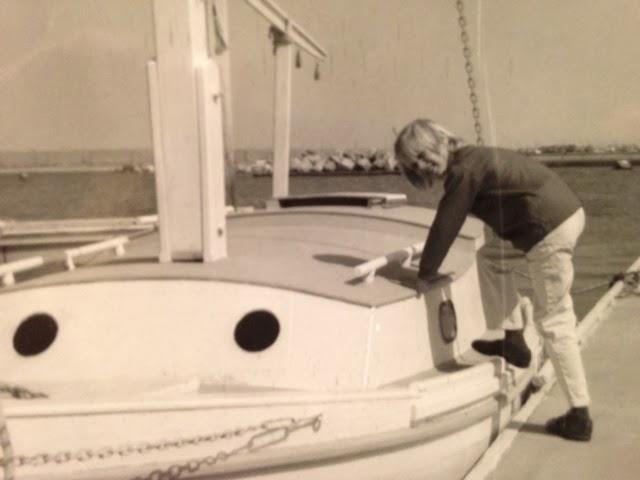 Marina Del Rey with dad. My dad would come up to Hermosa for the weekend and take me out for drives. We'd drive all around LA and he'd tell me stories about growing up there.

Cindy Lee Berryhill on her career, the early scene & coining the word ‘Antifolk’

Posted by Unknown at 1:25 PM No comments:

in a dream last night.
He needed me to help him organize and edit somewhat, a manuscript that was
to become a book. We worked on it for a while, sifting through papers on a desk.
Then I remembered I had a show that night, yikes!
We hustled up to it but alas were a half hour late
the promoter, Paul's friend Ron Colone, said most of the folks had left
there were a few still there so we all sat down and had a
cup of coffee and a conversation.
Paul was so happy to be out and socializing
he suddenly jumped up and grabbed and hugged me.
"I'm so happy to be with you. I love you" he said smiling broadly.
*
What a nice visit. I love you too
Posted by Unknown at 11:27 AM No comments:

A few days ago I awoke after several dreams about caring for folks suffering from dementia. There was a man and a woman, both older, and I had some kind of relationship to them. At any rate,  I felt the cold unavoidable clamp of responsibility.

There were times within the dream, where I couldn't figure out if it was me with the memory loss and fuzzy brain or if it was me doing the care taking. And who was I to these two people anyways. 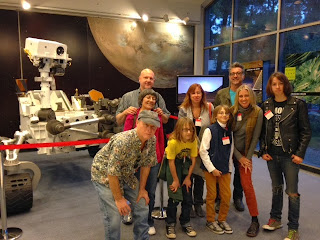 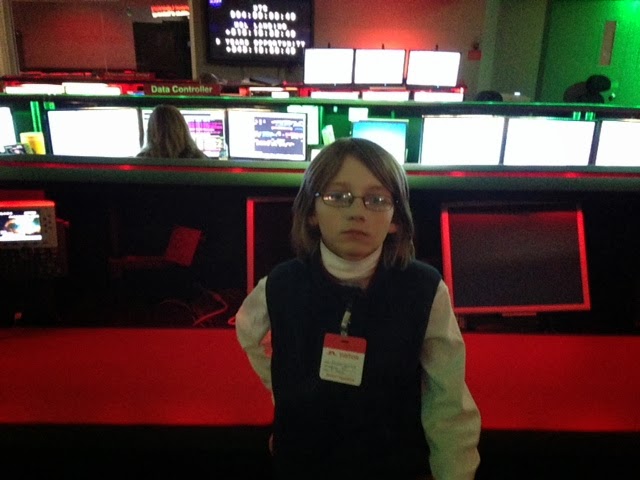 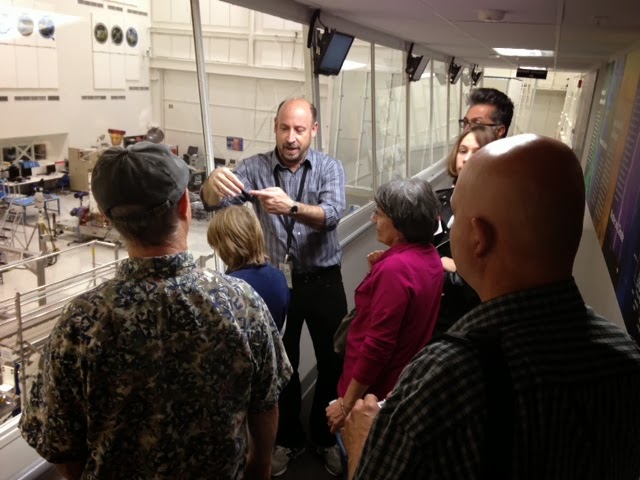 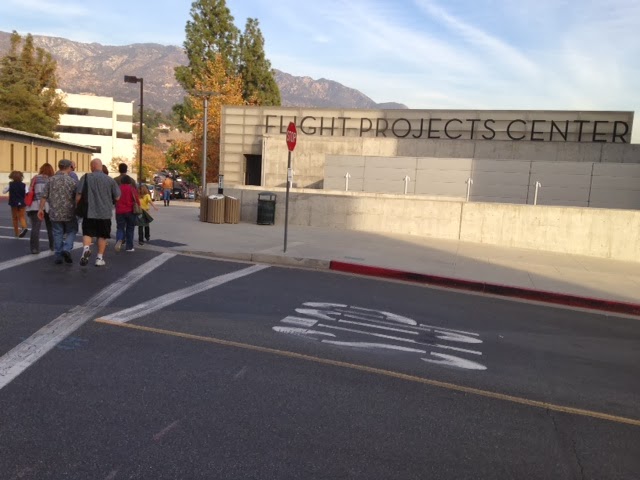 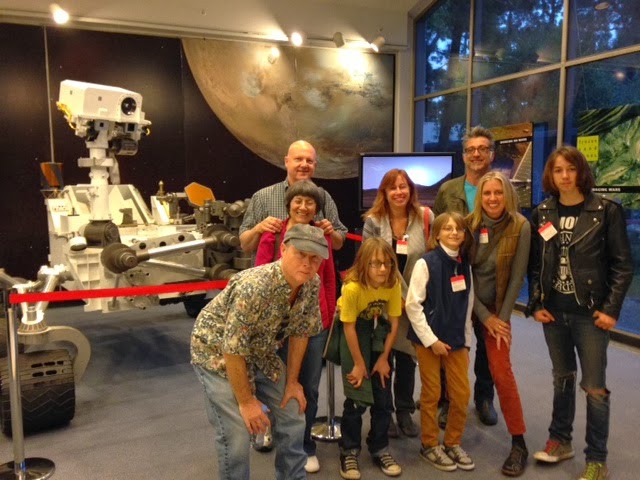 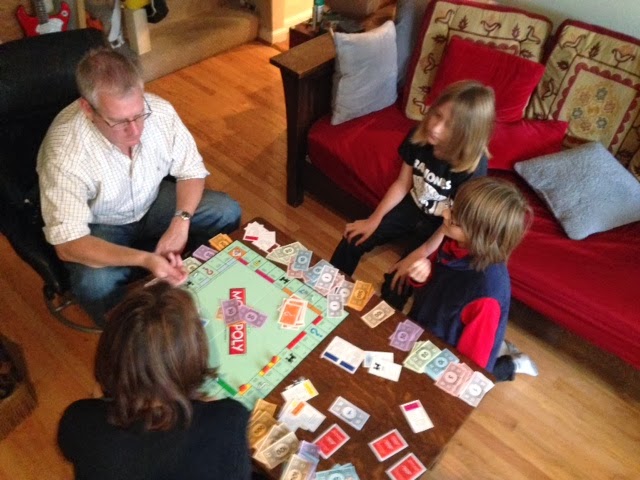 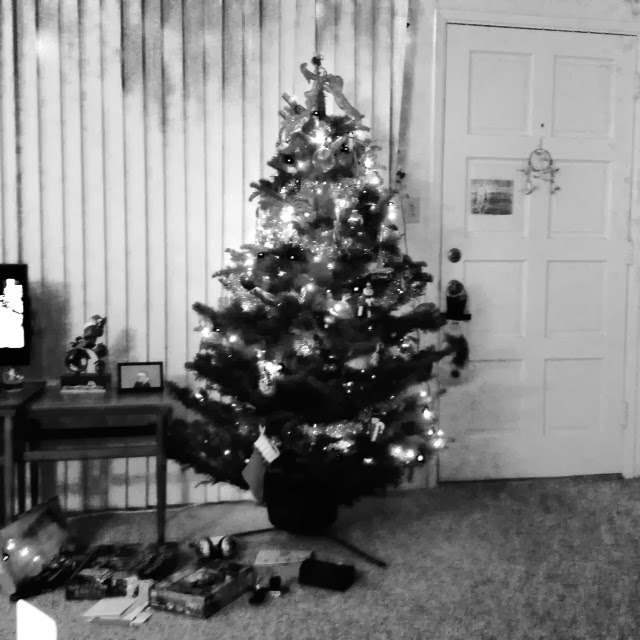