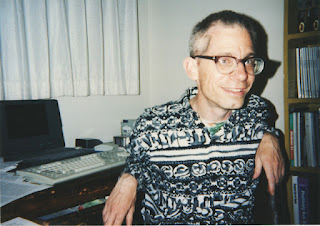 This was my goodbye letter to 2009, one of my life's toughest years. This year now, 2016 has been a collective tough one, having lost so many cultural heroes and icons (for me the loss of Prince, Carrie Fisher, Leonard Cohen and Gene Wilder were particularly sad). But no amount of loss will take the place of the awfulness of finally coming to terms with the fact that my wonderful brilliant husband and companion, Paul Williams was never going to get better. No amount of my wishing and fixing would bring back the broken neuro-highways of his brain. This post in 2010 was the beginnings of acceptance that my life, our families life was forever changed. And there is some degree of relief and peace in that acceptance.


January 2010:
I'm happy. Really, I can't remember the last time a change of decade made me so happy. It's like looking at the house you've been living in for the last 10 years-- on the outside-- for the first time, noticing its windows and doors have fallen off and it's on a cracked slab-- and wondering how you did it.

I really feel like I'm starting over, all over again. I've noticed, I do seem to run my life in 10 year cycles, though involuntarily, with the end of times happening on the nine year and

starting anew on the one.