MAKE WAY FOR THE HANDICAPPED

A few days ago I received an email from a guy I don't know, the subject line said Make Way For The Handicapped, which happens to be a song from my album, Beloved Stranger (Populuxe Records 2008). The email said this:
Wow! I was trying to find MWFTH on youtube by my former band, the Mumbletypegs, when I came across your video. FYI, I'm not seeking money. I'm just very happy to hear someone covering one of our songs, and a person of your stature, no less. Its like the time a kid from Poland got our album. -Rush Riddle
...I was surprised and flummoxed. What did this mean? So I googled the band and found this link:
http://www.youtube.com/watch?v=LWUeFvM31M0 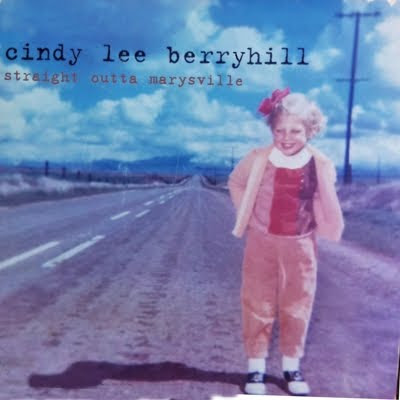 http://music.yahoo.com/cindy-lee-berryhill/videos/view/high-jump--2139363;_ylt=AtP6BZLqoJ9Gf57yRylXSXzHxCUv
The single from my 1996 album, Straight Outta Marysville. The video is a throw back to the look of the early 80s, with that sort of MTV-party look, or the Marx Bros. famous State room scene. The song came out at a time when Liz Phair, Alanis Morrisette and Courtney Love were yellin' stuff into the studio mic. I dug some of those sounds but it didn't inform whatever I was up to, which I'm not sure just what it was-I was up to from the looks of this vid...
You'll see my partner, Paul Williams acting like the mean, bowl-cut-hair P.E. coach with the clip board, my long time friend and poet Lois Navrkahl is the big lady with the loud clothes at the end and singer-songwriter Joy Eden Harrison is the evening gown diva. The film maker is actually the 'little girl' that gets her stuffed animal out of her locker.
As for the song, it's me grousing about all kinds of people. The first verse is actually about being the first girl on the Vista High School boys track team, most of the upper grade guys were very critical of me being on the team and would play tricks on me, push me down or would ignore me altogether. Most of the guys in tenth grade like me, were pretty supportive and friendly. The worse experience was being pitted against a guy at a meet who jumped about as well as I did, his team mates were really giving him hell for jumping "like a girl". I got so psyched out about him getting harrassed that I couldn't jump worth a crap, and he won.
The second verse was about a small business employer I worked for, a little recording studio. The owner would come in about once a week sit at the big desk and make drawings of himself with very large noses. I wrote the song Damn I Wish I Was A Man when I worked there.
The third verse is me going off about a long ago boyfriend in New York. Heaven help the guy that dates a singer songwriter...
Straight Outta Marysville, is back in print in a digital-only format, at all the usual places.
(the photo credit on the album cover goes to my dad, he used a Brownie camera and took this photo of me age 5 or 6, just outside of Delano, CA on our way to the Sierra Nevada's)
Posted by Unknown at 5:21 PM 3 comments: 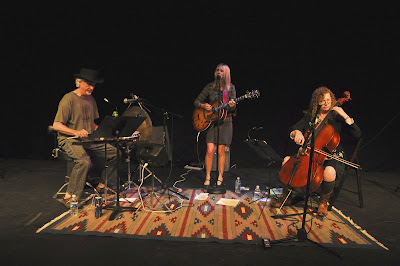 We have started booking shows for this year. If you are interested in a date either at a club or a living room concert you can contact us at:
bookingcindyleeberryill@yahoo.com
Right now we are setting up dates for the 2nd and 3rd weeks of April for the U.S. west coast.
And early June for the east coast.
Posted by Unknown at 1:47 PM No comments:


I was talking with a girlfriend about romantic-love and how sometimes, if you're lucky and all the cherries line up in the slot machine, it's like standing on a precipice; looking out over the beauty of all things, the big view, an expansiveness that leaves you feeling like you fell into a galactic wormhole and within a few moments, or was it hours, got to sneak a peek at every-thing that ever-was....
Posted by Unknown at 10:11 PM 9 comments: