OBSERVER: LOOKS IN THE BOX 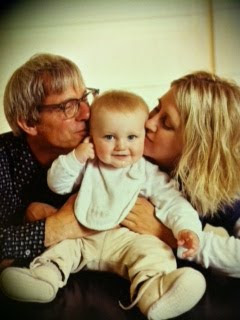 This photo was taken in 2002 for an LA Weekly cover story on Paul Williams and fellow iconic rock journalist, Richard Meltzer (who wrote for CRAWDADDY! Magazine in the late 60s).
Half the story revolved around Meltzer's writing and the other half of the story was the writer's take on Paul's philosophy of music writing....that of being a subjective listener. Which is something like this: a music fan which reports the news from his/her own planet of experience, way of moving sound through density of flesh, and then the thoughts that emerge about those sounds, having hurdled down halls/neurotransmitter highways....
I love this idea of Paul's. But, of course, it's not only Paul's idea for the claiming. Paul's old friend Philip K Dick asked the question 'what is real?' in many different ways in his books.
Schrodinger's Cat, brings a similar question in the language of Quantum Physics. "Theorists who accept the pure version of Quantum Mechanics say that the cat exists in some indeterminate state (ie, alone in a box), neither dead nor alive, until an observer looks in the box to see how things are getting on. Nothing is real, unless it is observed." (John Gribbin, In Search of Schrodinger's Cat)
If it's all subjective, then It comes down to the question: what is real? Paul's take was sort of a... 'who cares, if i like it, it defines me in some way .'
Williams James said, "Religion, therefore, as I now ask you arbitrarily to take it, shall mean for us the feelings, acts, and experiences of individual men in their solitude, so far as they apprehend themselves to stand in relation to whatever they may consider the divine."
In the course of Paul's conversation with Alec Hanley Bemis, the LA Weekly writer noted: "Williams likens his approach to music to Henry David Thoreau's 19th-century nature writings or The Varieties of Religious Experience, William James' 1902 take on faith. "My concept was never to rate music in some kind of critical context," Paul explains as we walk along the beach. "Instead, I ask: Why is this so powerful? In what ways is it affecting us? What is the experience?" "
"There is a very famous old line: I don't know anything about art, but I know what I like," he adds. "The greatness of art ultimately has to do with subjectivity. Anything else is, to a large extent, an illusion that there are right answers to the question. Traditionally that's the French Academy approach to literature, the high school approach to literature. The correct answer is: 'Victor Hugo is the greatest French writer, because that is what the academy has agreed.'"
Paul said: "To really care about the quality and originality of many aspects of your life in this way is human nature," Williams tells me in parting. "Sometimes this is a very attractive and ennobling part of human nature. You're saying, 'This is who I am.'"
* * *
And on that note I must sign off with some sad news: CRAWDADDY! The Magazine of Rock is once again being pulled out of circulation. As some of you may know, CRAWDADDY! was bought by the owner of Wolfgang's Vault about 5 years ago. His intention was to start the iconic rock magazine back up as an online only zine only. It lived in this manner at crawdaddy.com for almost 3 years, with an ambitious and talented staff that understood Paul's vision of rock writing. Now it will be folded into Paste Magazine, which is a new acquisition of the Wolfgang's Vault owner, and taken off line (except for some archived bits).
CRAWDADDY has seen its share of comings and goings, endings and beginnings. I send out my condolences to you editors and writers that have worked so diligently at CRAWDADDY these past few years. Thanks for the good work and keeping Paul's vision relevant. I know he has appreciated it....
Posted by Unknown at 9:46 PM 1 comment: 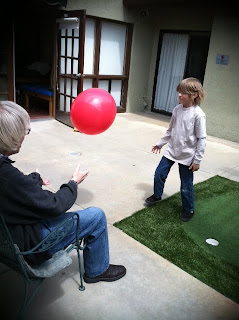 Posted by Unknown at 4:33 PM No comments: