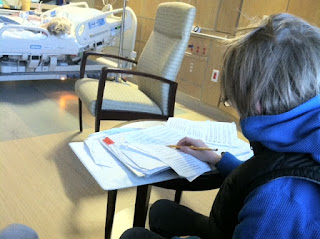 Things are steadily getting better. Pauls sodium level has gone down to 154. Not yet normal but heading the right direction pretty consistently now.
What remains is the unanswered question: how did he get so dehydrated, so suddenly. Im in one of those very frustrating holding patterns with a doctor I havent met or talked to in the 24 hours that Paul has been here at Palomar Hospital (moved from the hospital in Encinitas/ now we have a 45 minute drive here w traffic/oh well at least be has insurance)

The big looming question is did Paul have a condition that came on very suddenly, like Diabetes Insipidus which arises in 3% of long term traumatic brain injury patients, or was it that no one noticed at the nursing home that he wasnt drinking any fluids. If this is the case, he was basically a man lost at sea on a life boat for many days and no water.

That is what the ICU doctor conjectured, and he said it will come down to watching how he processes this new fluid. In other words keep tabs on the pee output. If in his dehydrated state he is peeing alot that could mean DI, if there is very little pee that would be normal (just think of how little you pee when you have the flu) .

So Alexander is doing his homework and I am writing to you and the sun, as predicted, is going down.
Now wheres that doctor....

Sent from my iPhone
Posted by Unknown at 5:39 PM No comments: 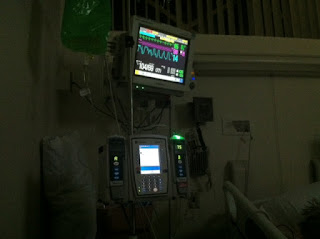 Its all about the sodium.

They apparently can tell how much water is in your system by checking the sodium levels. A healthy persons sodium level is 137-145. Last night Paul was admitted to the emergency room with a sodium level of 174. The nursing home called it a "critical" level.

Today Pauls level went down a little bit, the upper 160s, with the help of the IV fluids. Tonight his level is up again, 172, so they bump the fluid intake up just a bit.

Its a dance. Too much fluid too quickly can swell the brain. So it must be eased into the body very gingerly, carefully...all the while checking sodium levels.

I never really thought about it before. There is water in the brain...and when you are severely dehydrated  it affects the brain adversely, and brain damage can occur. So we are on a 'wait and see' as to how much this incident affects Paul.

Have you ever had a toy or something that you really cherished, maybe as a kid?

I had a red pencil box with a map of the world on the cover and pencils and an eraser and sharpener inside. I got it when I was 7. It represented my future; travel, writing, something unknown, it had =magic= ...

Then one day it got a little nick on the side, no problem ..i still loved it. Then one day my grandma got mad at me and threw it on the ground ...The plastic hinges to the lid broke off, snapped. I picked it up and put the stuff back inside but it would never close up again. It would never be the same.

I dont know what happened to the red pencil box but i get a churning in my gut when i think about it. Its long ago gone and still I have a love for it, a very strong feeling in my heart. Did it go away? Or does it live on anyway in the memories of the person it touched....unbroken. 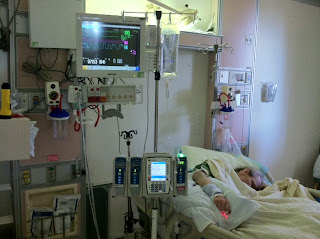 Here at the Encinitas Scripps Hospital ICU. Paul has a nurse that is on top of everthing and his doctor is very helpful explaining what is going on. Apparently Paul had such severe dehydration that he was left w nearly no water in his system which also effets the brain. Its much like a person that was lost on a lifeboat out at sea.

At any rate, he is on a slow IV drip, very slowly bringing water back into his system as going too quickly can have lethel consequences .....

Doctor says time will tell, within next 24 hours if he will return to his baseline, the way that he was. So i am here today and seeing his face starting to plump up a little bit already.

Sent from my iPhone
Posted by Unknown at 11:52 AM 6 comments:

I'm scared. Today I saw Paul, one week since the last visit, emaciated now, dying.
Right now as I type he is being picked up, taken to a nearby hospital with severe dehydration.

I got mad. Why didn't you tell me how bad he looked. Why won't his bed go up so he can take a sip of the shake I brought him ("his bed is broken" get a new one I said "the maintenance man is out. We'll see if there's a spare"). His eyes are glazed. He's dying I think.

So I get mad. The nursing home, who was going to wait to do his lab tests on Monday finally calls and he will have his blood taken today. But 5 hours later. Then, they say there will be a 2 to 3 hours wait for results.

That was at 3pm today. I wanted to punch a wall. But there is a procedure to getting the tests. At least I sped it up by a half a day. If we'd waited til tomorrow he could be dead with his sodium at this critical level, which means he is severely dehydrated.

Now it's 11pm. No one to call to watch my son. So I wait at home to hear if he's reached the ER and then I will call and let the the hospital know that someone, who can't make it to the hospital because they have a young sleeping son, loves this person. Please, take care of him. 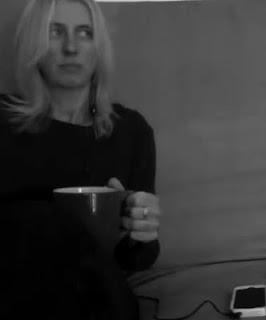 Can you see what I see? 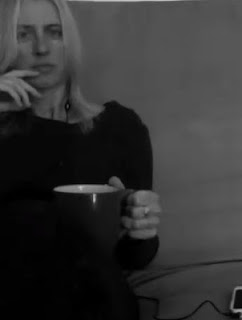 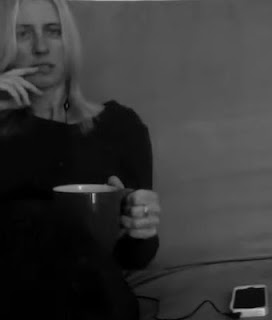 I just figured out a wee bit of technology 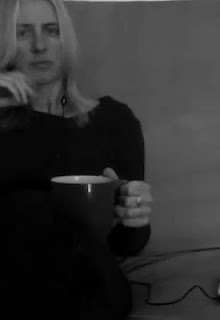 And now you can listen to, and buy, and share, Garage Orchestra
Check out the Tunecore doodad, up here ↗, on the right

Photos and Words By Alexander Berryhill-Williams 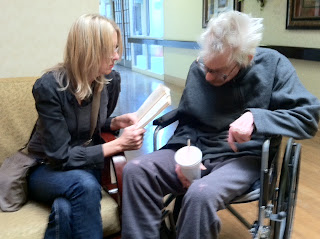 I guess it's kind of hard. I don't know what it's really like to have a real dad. So it's hard to know what I'm missing. It's hard I guess. Hard to tell what you are missing. 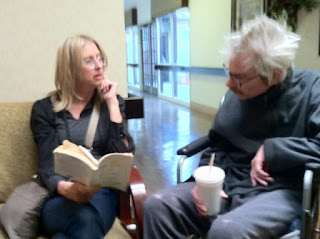 I like this one with the pages flipping. It kinda gives the picture a sense of movement. The object blur.... 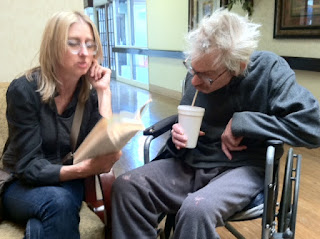 It's hard to think of him as being that look, where he looks really young in older pictures. All i can see is that he used to be a lot more than he is now, today. 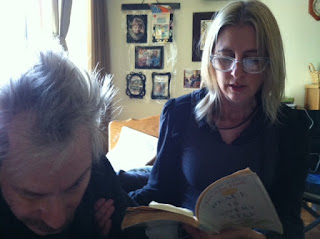 It's kind of hard to tell what he was like, he's not really a talker now. So its hard to find out what he's thinking or what he likes. 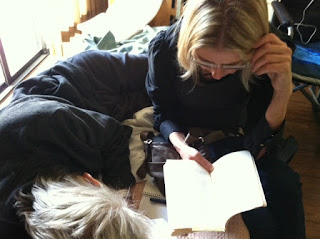 Really it's hard with the nursing home separating the people into two categories, where one section is all nice and they have a TV room and wifi. And the other section, it seems like people who don't have many visitors and it's obviously not as nice a section. "

Common Sense (A Guide to the Present Situation) 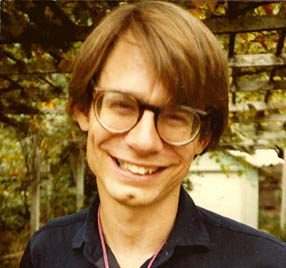 Overheard today at a coffee shop, a veteran editor explaining to a new employee of some kinda newsprint:
"All you have to do to write an article on an artist is go to their website and use part of their bio and then use the stuff they say about themselves. No need to talk to anyone..That's all it takes to write a music feature."

I don't actually know what the periodical was, but it was at a coffee house in north San Diego County. The conversation about writing was happening at a table with papers carefully strewn about, and it looked rather official, between mentor and new writer/employee.

This did not look like a writing session for Crawdaddy Magazine, let's put it that way.... 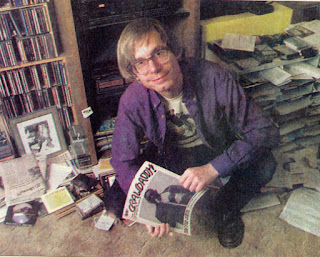 Had a dream their was an election:

Obama vs GW Bush..the government base was out in
the desert and that's where the election results were coming in. You'd cast your ballots in an outdoors/farmers market amongst bananas and veggies.

Folks were sitting at outside cafe's sipping coffee's and having lunch. It was always too hot outdoors so you wore your suit. The suit was form fitting, like a scuba diver's but you could pick whatever colors and patterns you wanted. The best suits were right out of the fashion showrooms. There was an oxygenator built inside the the suit, microfiber tubes were sending oxygen and a light misting of water to your body at all times, keeping you cool and calm in an outdoors that was no longer livable.

Outside of the market place on the sand-flats there was a showing of military hardware, mostly massive tanks and airplanes so you could see which candidate had more military brawn. There was some scuttle-but about GWB using a nuclear tank the day before so Obama would have to up-the-anti today....then the election results came in and Obama won, so no need to look tougher.....

(images: http://cca.cornell.edu/?p=visual-media-arts-archive&event_id=323)
Posted by Unknown at 11:25 AM No comments:

Here's a cool thing to start the new year with: I'm on an Italian compilation album with other artists playing songs of CSNY. I worked up a version of Stephen Stills' It Doesn't Matter. Other artists on the album include Judy Collins, Willy Nile, Steve Wynn, Elliott Murphy, Sid Griffin and Coal Porters, Venice and lots more...

Paolo Vites
IL SUSSIDIARIO (Italy)"A proper 'musical resistence' excercise, in defence of art's good name in these historical times of rampant shabbiness. Not a song is unworthy of rounds of applause... everything concurs to make this tribute Record Of The Year."
Posted by Unknown at 12:19 AM 3 comments: