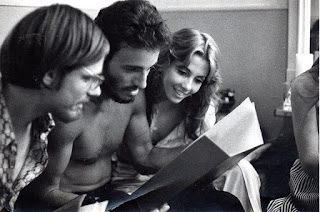 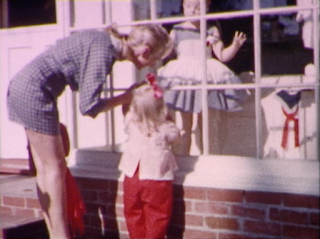 Tonight a woman approached me and with teary eyes she said "I LOVE your song about your mother". I didn't really know her and I wasn't sure which song she meant, she saw my confusion and said "the song you put up on Facebook. It made me cry, it was just so, touching. "

These are the moments we hope for as artists. They are gifts. This song she referred to, is one that never made it onto an album, in fact, by the time I wrote this song and the entire song cycle my time as a Virginal Vessel of Monetary Possibility had already passed.  And that time had come and gone a very long time ago.

And so the question of relevance arises. Am I, or is my message as a songwriter relevant. Its not a question actually, because any artist worth their salt passed over this conundrum in their crappy van drivin'-bad part of town livin'-ramen eatin'-mid 20s. Its actually more of a spiritual riddle.

What do I have to say?
Can I hear the ear of the listener listening?
If you listen their is always something to say.

One of my favorite philosophies espoused by Paul Williams, rock journalist extraordinaire, was that an artist requires time to get to know by the listener. He would sometimes spend hours listening to the same album or piece of music- trying to get inside the feeling place of it. He was fascinated by an artists individual vision, something only they had. And even when you do learn their language they may switch it up on you, like Dylan, and you are then required to learn a whole new language.

As a songwriter, I notice, I need a lot of room. To make mistakes. To find the sweet stuff. Whatever this place is...the pure place where you get your juice for a new song....it's a place that isn't touched really by the cares of the world. It doesn't give a shit about Facebook, Kim Kardashian, what's trending on Twitter, or the World Bank. I'm not saying we don't ever write about that stuff, it's just not the real juice.

The juice is the pure place that makes you wanna write and share a feeling. It's that spiritual quest. Man. Did you watch the Keith Richards documentary? You see him in this place where there is only music and the people that make it and those in the zone with it. That's it. 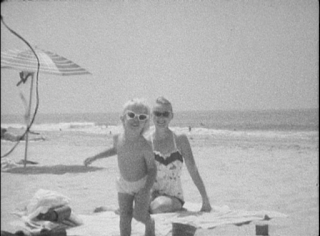 A screen grab from super 8; me and my mother Ruth, Hermosa Beach

We all have shit that happened to us as kids. Some of us can ignore it, maybe well into our adult life, and go forward not noticing how its making us limp. I thought I could be like that. I hit the age of 19 full-drive, moved to LA, went to acting school, put together a punk rock band (The Stoopids), and had this weird-wish-vision of myself on stage at the Hong Kong in LA, singing a snarly song with my band, then, the band would drop back, pulsing, and I start talking, ruminating about overcoming the troubles of our lives. I thought; what the fuck? Are you wishing yourself a punk rock messiah. Jonathan Livingston Seagull+SexPistols. But our first gig didn't even happen.

Instead, I had a crushing depression. It was just my brain, the way it was wired. But also living the past 10 years ignoring that my most important person in the universe, my mother, had suddenly died.  With no funeral or tomb to visit, and no mention of what happened to her,  she simply disappeared from the Planet, and from the photo album, and the lexicon of our family.

My sister had a photo of herself, torn in half with a mother-arm over her shoulder, nothing else but a serrated edge, a free fall where the mother would be. Later, in archaeological expeditions of the house and unknown drawers, and relatives photo albums a meager few photos were uncovered.

It's amazing how much we can be affected by the people places and things of our youth. Would I have finished acting school? Would I have recorded an album and played shows with The Stoopids?
I moved back in with my dad and second mother and struggled to rise above the murky waters of depression. Darn. I'd never be like John Lennon 24 and famous.
Whatever.

Right before the veil of suffering ended I had a visionary dream. I followed John Lennon into a painting. A man followed behind us and he was full of foreboding, I knew it was Lennon's killer.  At last I ended up at a rodeo and met that dark eyed man who represented the killer. We jumped off the rodeo fence and grabbed some grub from the pancake breakfast. While sawing our sausages in half we looked deeply into one another eyes. His were dark dark evil pools. But as I looked further something remarkable happened. We saw each other. We smiled. We fell in love. And the killer was transformed to lover. It was a remarkable healing. I awoke grateful,  knowing it was time for me to move forward.

We all have to meet our Waterloo. Sometimes its early, sometimes its late. Regaining my footing took me about five years and then I burst Out of that Whale like Jonah. My first album came out of that pressure cooker. And every song cycle since has had its own war to wage.

(Even this brand new one, The Adventurist...)

It's not about whether we are relevant to some Music Official-fancy person, or to the unblinking mind-set of the Reality TV Eye, it's whether we are seen by "the seer's", the truth-seekers, the music-lovers, those who are actually listening....as authentic and bearing a message.

So the real question is:
Are You Telling The Truth? 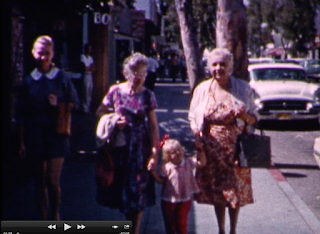 
FAMILY TREE (the song that made her cry)