"The midnight hour is the timeless place, where man and woman meet (enemies in the daylight), where dreams take form, the soil, the source, the land of passion and possibility. All friendship has its roots there. In the midnight hour you can talk to presidents and kings, Bob Dylan, Beethoven, Amelia Earhart is there, everyone will take you for what you are, there are no barriers. This is a real place everyone has been to many times.  I'm going to hold you in my arms in the midnight hour."
-Paul Williams, Rock and Roll: The 100 Best Singles 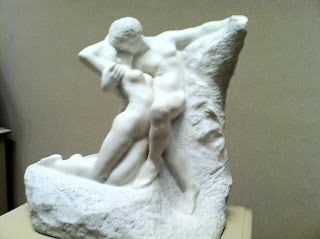 On the morning of March 27th Alexander and I woke up in Brooklyn in the home of Stew (Passing Strange, The Negro Problem) my pal for many years. We'd been there for several days already and I made plans over the phone with Lenny Kaye for us to move to his place late afternoon. So, out of Brooklyn, a lovely place to stay right on Prospect Park. The night before we'd met Stew at Barbes' a cool and arty music venue just below Park Slope and saw the very melodic and soul expanding Marika Hughes play cello, sing, with her band of friends. We came out to the rising of the nearly full moon. 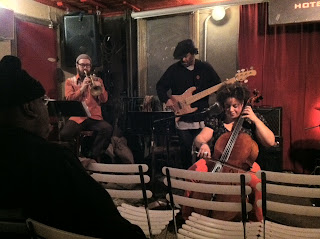 That night after the concert I got a call from Paul's dear and longtime friend Judith Bragar, it was she that came to us during Paul's hospital stay in February and suggested we look into, just consider, hospice. And she happened to work for hospice. She and Paul met when they were teenagers, school mates, he at Browne and Nichols (and she at it's sister-school for girls) in Cambridge. They were friends and later lovers and then friends again. Now she was his hospice friend. That night she called and said she'd been with Paul for several hours and it looked to her like he may be "transitioning". That meant his breathing had changed. I'd read about that in the hospice pamphlet and online.

Alexander was already asleep so I waited to talk to him in the morning. "Your dad is getting close now.    We could try to get a flight back this morning... What would you like to do?" He told me he was afraid of seeing his dad like that. I understood. He'd already seen so much, day after day, the deterioration of his dads health. Well, really for years...We walked across the park, me in a daze, what should I do? I talked to Paul's oldest son, Kenta, who lives in the Bay Area (not far from his slightly younger brother Taiyo. Their mother is Sachiko Kenanobu). He thought he could get a flight that morning and get down to Encinitas around noon. 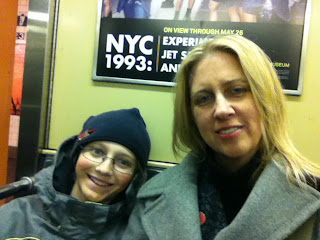 Alexander and I ate breakfast, then we caught the train into Manhattan and did the thing we had planned to do. We met my actor friend Ken Jacowitz at the Metropolitan Museum of Art. He led us in. It was all a terrible blur to me at this point. Ken offered to take Alexander around the different floors and rooms of art. I sat on a bench between Greek and Roman statues, texting family members, waiting to hear if Kenta had arrived at Paul's side and talking to Paul's nurse about how he was fairing. It was odd, surreal and timeless, this place with the marble, the statues and the heart-ache. Ken was a a very good friend through all this, entertaining an 11 year old whose father was dying three thousand miles away. 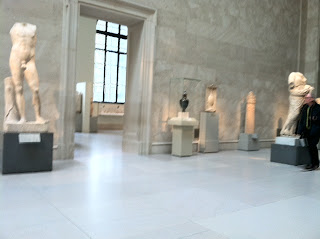 Finally I got a call from Lenny Kaye, he'd arrived in the city and we met up with him downtown, hopped in his car and took a ride over the bridge and back into Brooklyn to pick up our bags and food and stuff. I gave him the update on Paul, by now Kenta was by his side, keeping me posted by text. Lenny pointed out the old building on Flatbush Ave. that used to be the home of Murray the K, (a radio personality that helped usher in Beatlemania), passing through some neighborhoods of his youth. We got our stuff and rode back into Manhattan, it was dark by now. Lenny, Alexander and I heaved the bags upstairs and made a bee-line to the local BBQ joint. 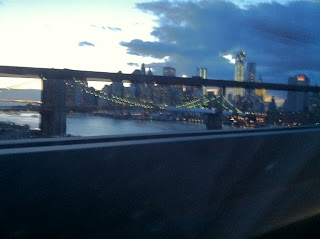 What can I say, Lenny was the perfect person to be with on such a night as this. I already knew Lenny when I met Paul (he'd produced my second Rhino album) and I still remember telling him, "I've met this great guy Paul Williams from CRAWDADDY! and I think I'm in love" and Lenny said "I can't think of two people I like more and now you're together, that's great".  Lenny would get me and Paul into Patti Smith shows over the years (he's the guitarist), and Patti was always so respectful and kind and warm to Paul.

I thought I wouldn't be able to eat, I was pretty much a mess. I just needed a shoulder to lean on and cry on. Lenny ordered me what he got and somehow my appetite came back. Time was moving in strange ways, sometimes it was going fast in a blur, and other moments seemed to stretch really long. Someone was being loud and drunk at the table near us, it seemed forever for them to go.

Lenny's place was stocked with anything Alexander and I would need to feel comfortable and at home for several days. Alexander watched some TV and I was on the phone. Somewhere in there, maybe an hour and a half before Paul passed, Kenta and I tried a Facetime, with our iPhones, so that Alexander and I could talk to Paul. It worked, we saw him, and heard the rapid scary breathing. It had only been 4 and a half days since I'd seen him last and he looked very different, emaciated. Kenta said Paul had not moved all day. Alexander said hello and we told Paul how much we loved him and how beautiful the exhibit of his work had been a few days earlier at the Boo-Hooray Gallery in Soho. How thoughtfully the curator Johan Kugleberg had put the books and the papers and the letters altogether, how lovingly. And how many visitors at the show were astounded by how much Paul had written (and the exhibit didn't show it all). The other news I had for Paul was that two very impressive libraries were interested in taking his books and papers, thanks to the shows curator. A single tear came from Paul's eye, Kenta remarked, and I knew then that Paul understood his life's work would be cared for, that it was now in safe hands, in a place accessible to the readers of the future.

Finally Kenta said that Paul's breathing had changed. The rest of this is Kenta's story with his father. By  1:35am eastern standard time I received a text from Kenta that Paul had taken his last breath.  Alexander had fallen asleep mere moments before, so I waited to tell him the next morning. The moon was at it's fullness, it shown crazy bright, through the filmy curtains, moving gently . I lit a candle. I said a prayer. I felt his presence. I didn't sleep til dawn. 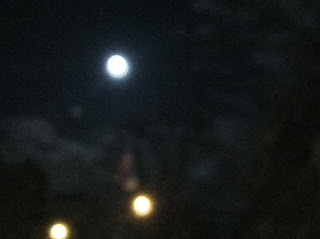 We walked by the St. Marks Church and saw that their would be a ceremony that night for Maundy Thursday, the Thursday before Easter, the night of Passover dinner. So we went. This felt right. We were staying right around the corner from the church where Paul and I had played a show together back in 1993, he reading from Rock and Roll: The 100 Best Singles and me singing songs that he'd inspired. Not to mention that this had been the venue for one of Lenny and Patti's first shows together, or the place many beloved beat poets had read their poetry aloud to deep listening ears. I love this place, St. Marks Church. And in the nights ceremony we washed one another's feet and drank wine and broke bread and sang some melodies and uttered some words. And through it all I felt Paul's spirit, his energi, his unbound self, rise and lift and move from that limited encasement called the human body.
Deo pro vobis