FLYING ON THE GROUND

Four years ago this week Paul was in hospice. His hospice nurse didn't know how long he'd have but she said he could hang on perhaps for months or weeks. But we didn't think days. Our son Alexander, eleven years old at the time, and I were preparing to fly to New York to attend a gallery show of Paul's written work and a loving tribute to him at the Boo-Hooray Gallery in Soho. We left a few days after this post in late March 2013. We wouldn't make it back in time to say goodbye.

Paul's oldest son, Kenta, was with his father when he passed away. Remarkably an hour before he was gone Kenta got us on FaceTime together and Alexander and I told Paul how much we loved him. I told him how beautiful his books and writings look at the gallery, with the admiring eyes reading his words. I also told him I would help his books and papers and writings find a home. That is a thing still on my heart and mind.
*     *     *
March 20, 2013 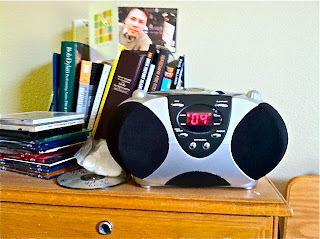 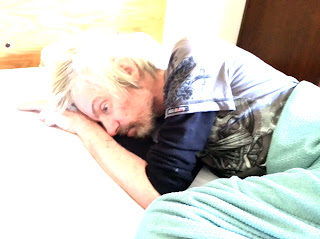 If Flying On The Ground Is Wrong 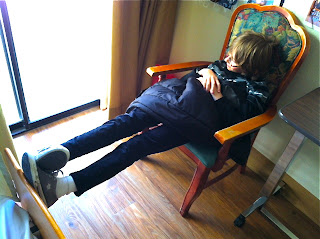 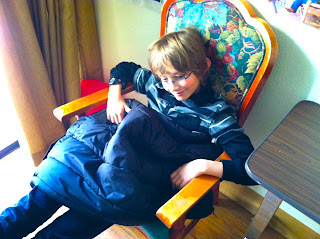 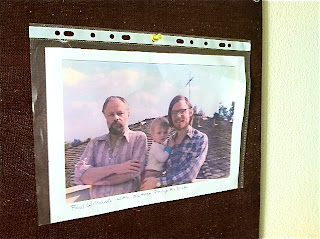 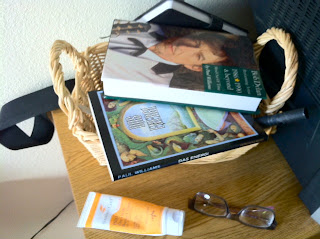 On the TV table; with Paul's glasses 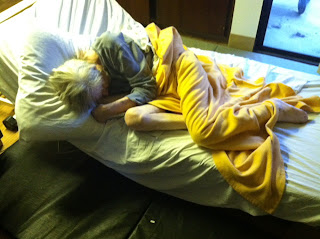 Losing weight. But still has some fire. When his music is interrupted by a conversation between me and his teenage-years friend Judith Bragar he shouts "shuddup"...
We smile knowing Paul is 'still in there, loving the music he always loved'

Is my world not falling downI'm in pieces on the groundAnd my eyes aren't openAnd I'm standing on my kneesBut if crying and holding onAnd flying on the ground is wrongThen I'm sorry to let you down,But you're from my side of townAnd I'll miss you.
-N.Young