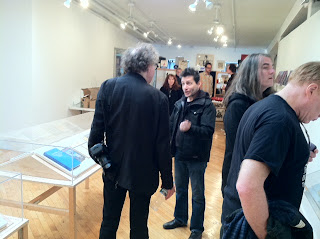 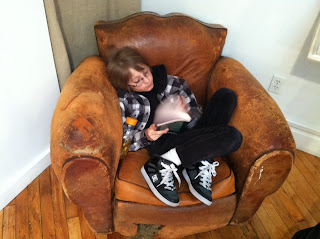 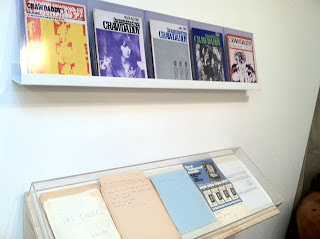 The stars of the show; Crawdaddy! zines and Das Energi handwritten manuscript. Everything was beautifully displayed. These camera-phone photos hardly convey how lovingly the show was put together by the Boo-Hooray curator and staff. 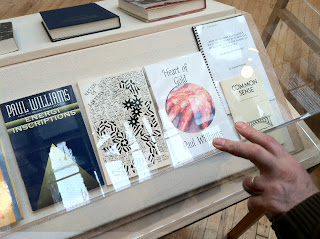 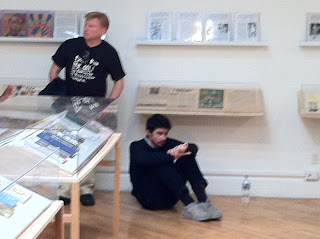 Boo-Hooray filming while Lenny Kaye and I play a few songs..he sings Like A Rolling Stone, and I sing, I Just Wasn't Made For These Times, both among Paul's favorite songs. 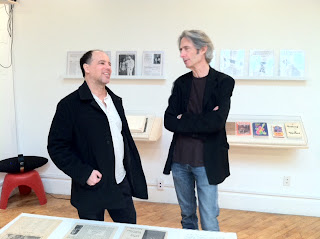 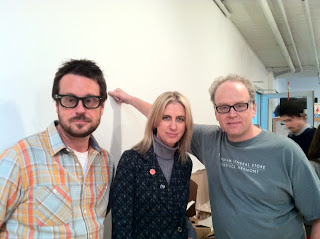 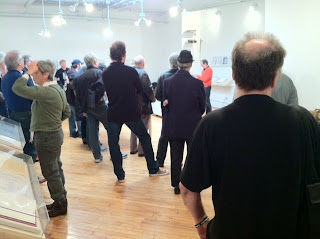 Listening to journalist Wayne Robins read from Paul's book Outlaw Blues. With Paul's longtime friend/poet Ellen Sander looking over some of his manuscripts and letters 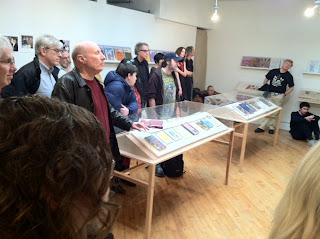 Ira Robbins (Trowser Press) leaned over and said to me, "you don't see this particular crowd come out very often". I could feel the heart of the room, as writers and performers alike read, wandered through and paid homage to the books, inspired writings and spirit Paul Williams.

Thank you to everyone at Boo-Hooray for an exhibit full of heart and respect.  And thank you to all of you that attended