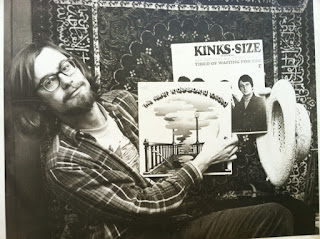 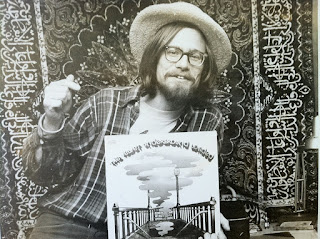 I just stumbled upon 2 big files full of Paul photos I've never seen these before. I'm thinking they are from mid 70s, must check w/Sachiko on that.

And what about that list everyone refers to, the stages of grief; denial, anger, bargaining, depression, acceptance. I'm not sure if I'm in anything different now than I ever was. However, I do catch myself suddenly, now and then, quite unexpectedly and rather like a sunny-day-down-pour, crying my eyes out.

It happened two weeks ago while driving up to Los Angeles. I was listening to a song on Stew's album The Naked Dutch Painter, I think the song is called Angel Dust. At any rate, some songs-at the right time-hit a funny bone and -boom- there I was sobbing my eyes out passing the controversial San Onofre Nuclear Power Plant, and wondering if I could drive through the crying or if I'd have to pull over. Then as sudden and surprising as it started, it ended, and I drove on, safely arriving at my destination.

I don't know how it's supposed to work, but nothing about my experience with my own emotions has ever been about rules. They are mysterious, unavailable alot of the time, need a little time and coaxing, and are not predictable. And if there is a difference in the way men and women experience feelings, I don't really see it. I have seen both men and women use their emotions to manipulate or get certain reactions from others. I've seen stonewalling. But I think we are all in the same soup of trying-to-figure-our-own-selves-out together.

Vaughan Bell, a psychologist at King's College London says research shows that "we all grieve in our own way."

[P]sychologists have a sad tradition of seeing loss through their own cultural blinders and inventing supposedly "universal" theories. Even more regrettably, many have been at the forefront of encouraging people to think of their grief as having to conform to certain stages, feelings or phases to be considered "normal". Mourning has been framed as a problem, pain as something to be cured.
The idea that grief has specific stages is a popular belief and was given its most professional gloss by the Swiss psychiatrist Elisabeth Kübler-Ross, who is often cited as suggesting that mourners pass through stages of denial, anger, bargaining, depression, and acceptance. Not being able to "work through" a stage was considered a sign of psychological difficulty and therapists were encouraged to help people pass through each of the "phases". The fact that Kübler-Ross was talking about adjusting to your own impending death, not to the death of someone else, didn't seem to dull anyone's enthusiasm and her theories became wildly over-applied. But regardless of how accurately her ideas were used, the evidence for these stages evaporates under scrutiny — perhaps unsurprising considering they were based on little more than casual observation and creative thinking.
In contrast, psychologist George Bonanno has studied the course of grief by following people from before they were bereaved to months and even years afterwards. It turns out that there is little evidence for a progression through specific stages of adjustment, and even the belief that most people are plunged into despair and gradually "get better" turns out to be little more than cliché. This is not to say that sadness isn't a common response to loss, but an experience of deep debilitating anguish tends to be the exception rather than the rule. In fact, two-thirds of people are resilient in the face of losing a loved one — in other words, they are sorrowful but they are neither depressed nor disabled by their experience.
It is worth noting, however, that about 10% of people do suffer what is sometimes called "complicated" or "prolonged" grief, where the feelings of loss are intense, long-lasting and cause significant impairment, potentially needing help from mental health professionals. But in terms of the traditional concept of grief, most people experience their loss differently, something both important and liberating, in a sombre sort of way. We are left to wonder how many people have been stigmatised as being "in denial" because they are not experiencing what stereotype expects, or worse, have had their affection for their loved-one questioned due to their normal and non-catastrophic reactions.
excerpted from Bell’s article on the Observer's website