Speaking at the California Endowment Center in LA for the Calif Brain Injury Assoc. 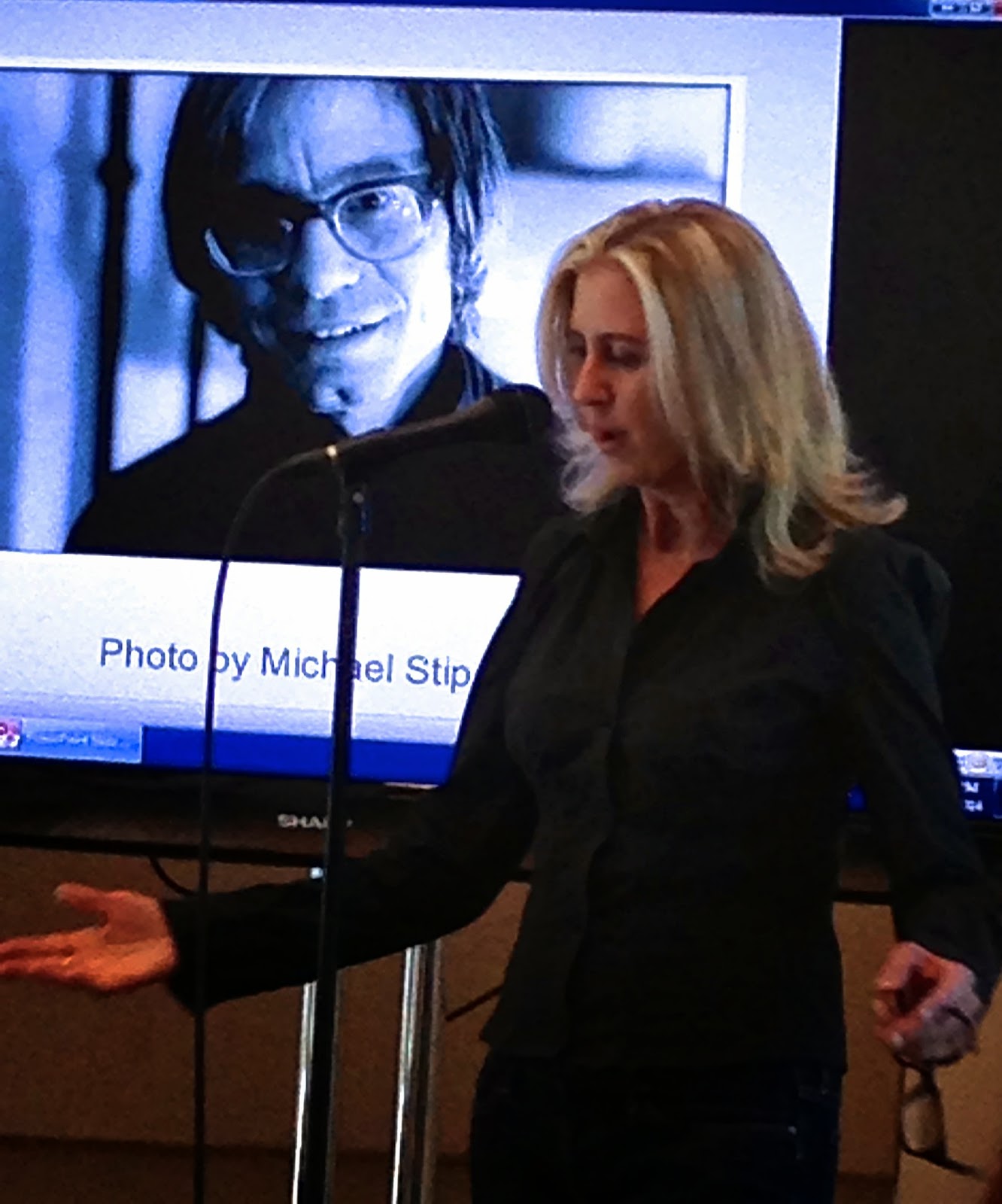 When I arrived in downtown LA yesterday it was 106 degrees. Paula came in an hour later around 2pm and her car told her 110. It was crazy hot. Meanwhile, I wasn't sure what traffic would be like heading out of San Diego; the day before part of Fwy 5 had been closed because of the Tomahawk Fire at Camp Pendelton. So I left a lot of time for possible fire mishaps.

It was weird coming in from San Diego, where we've been living the apocalypse, checking Twitter compulsively for fire updates, and just a little bit north, aside from hot weather, every thing was la-dee-dah, normal. 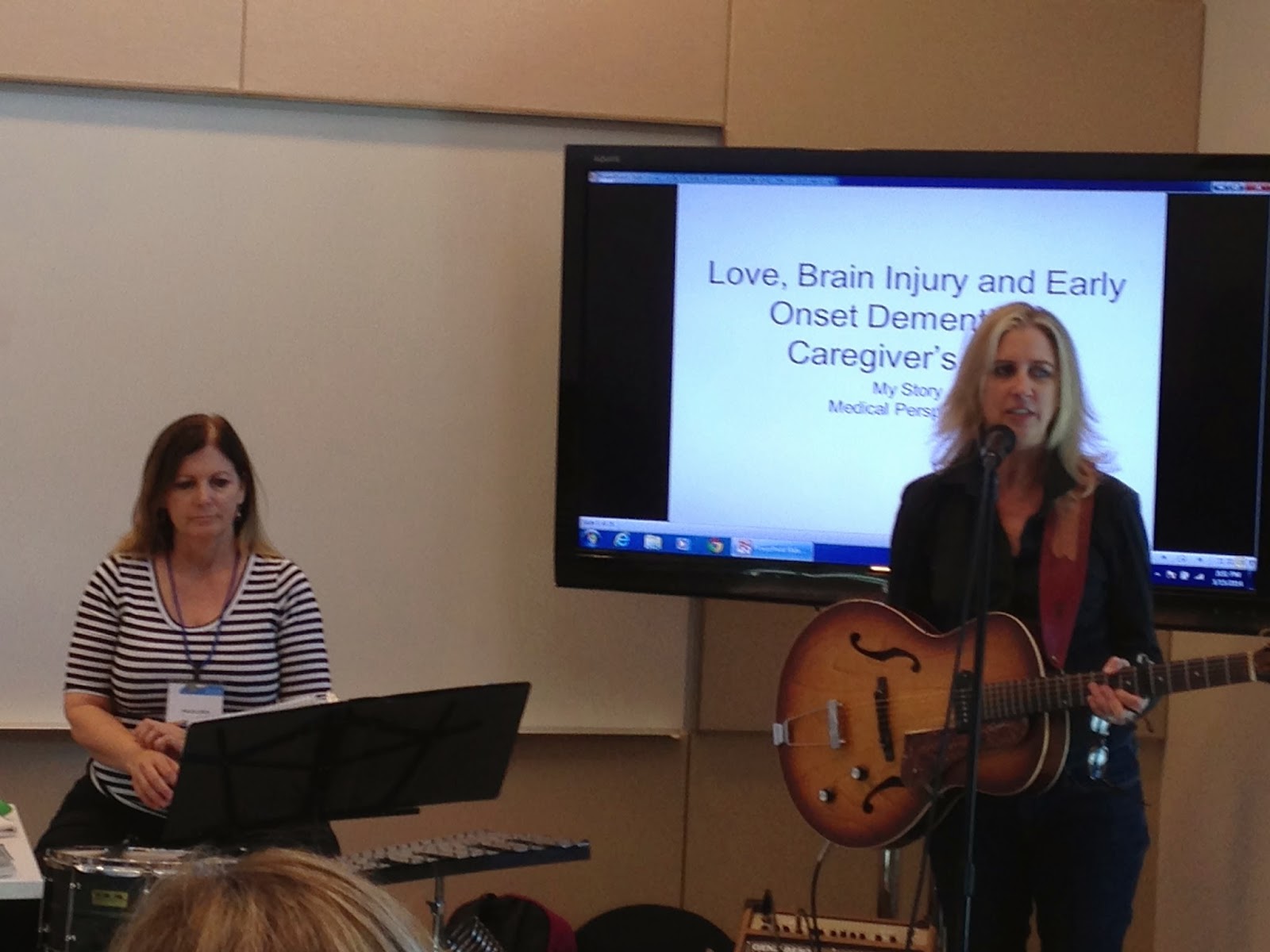 We played some songs 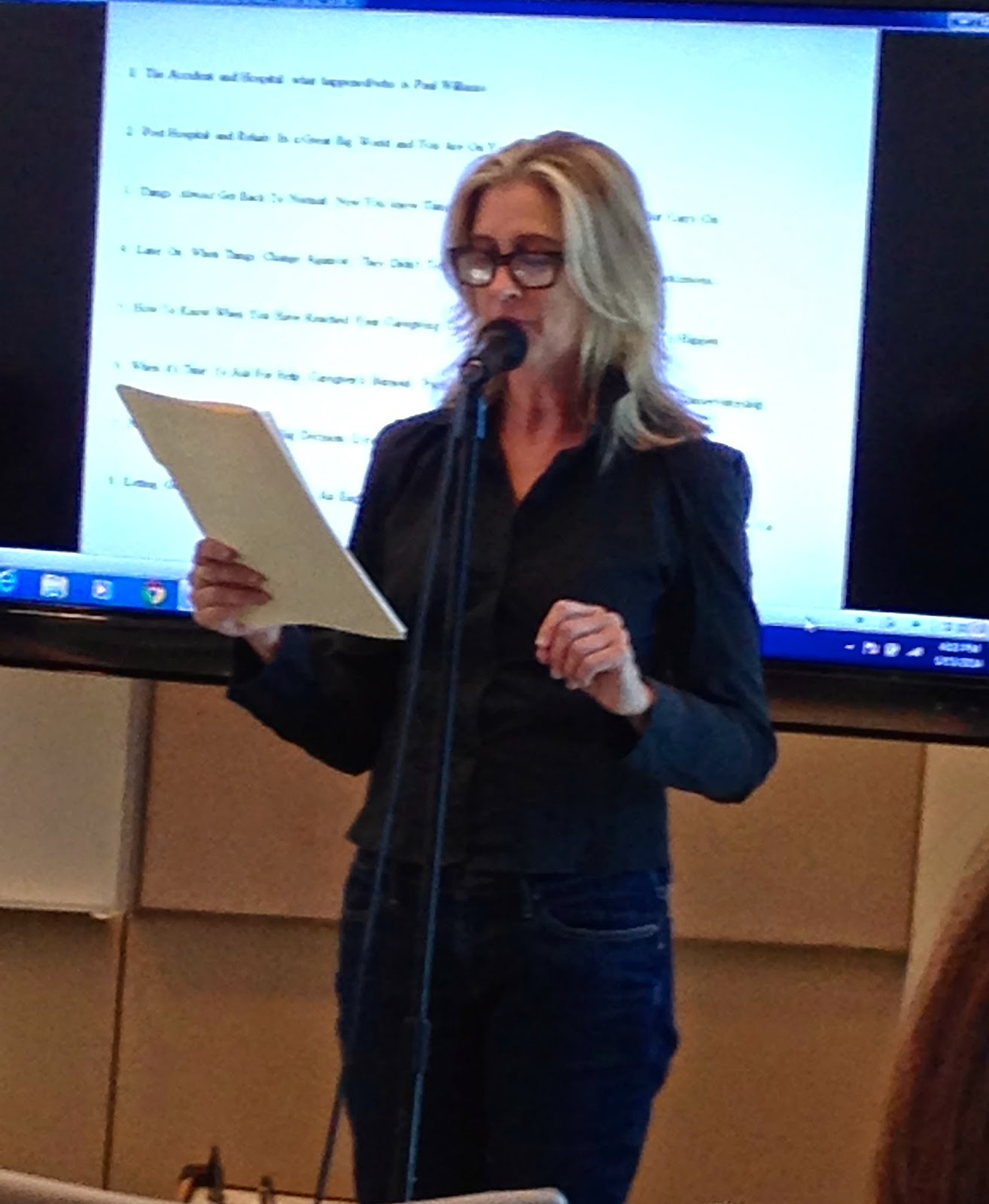 I told my story 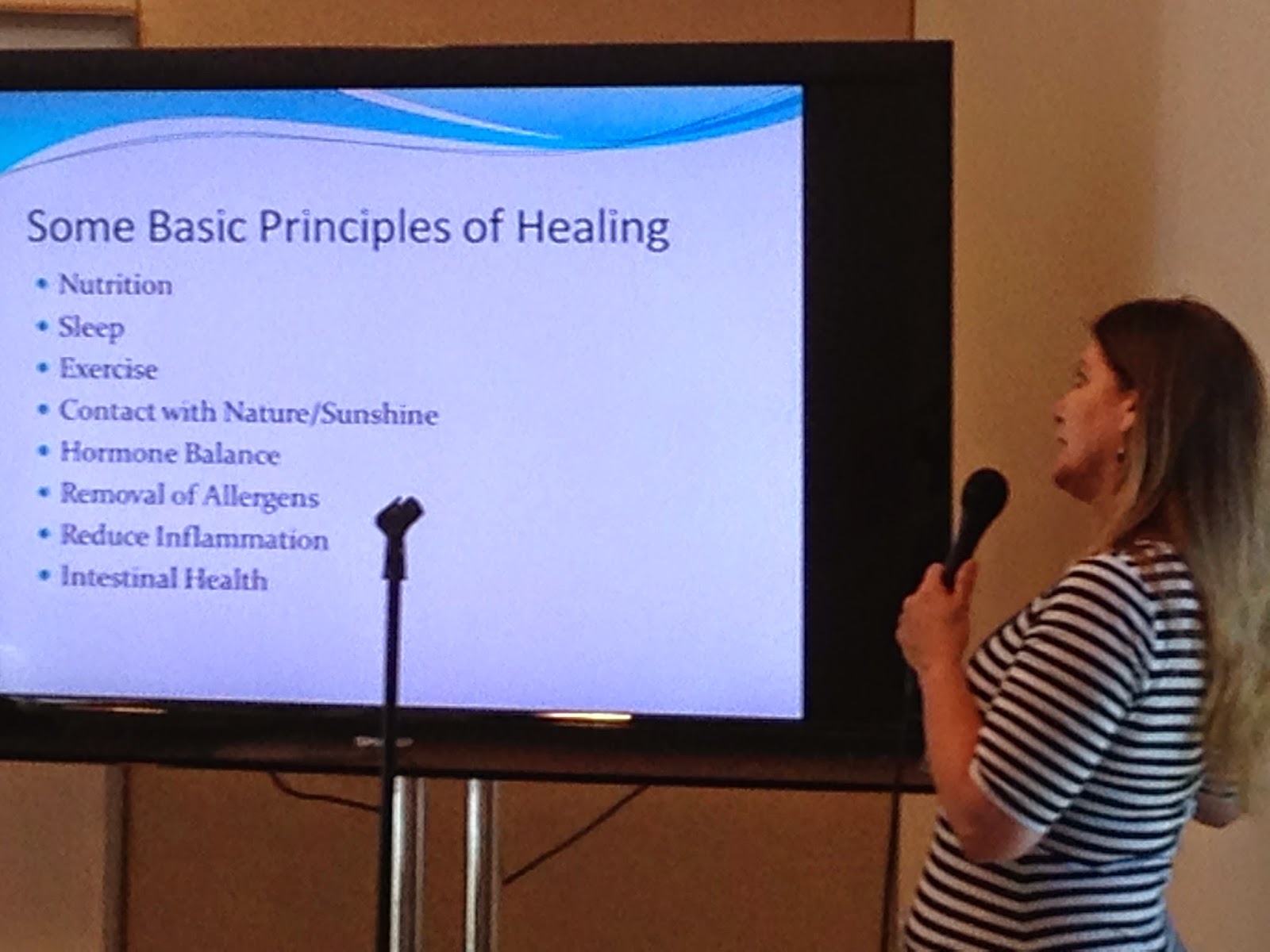 And my longtime pal Dr Paula Luber gave a medical perspective and some tips for being proactive with brain injury health care.

During the final Q+A an audience member asked if Pauls family had a DNA propensity for dementia and if that was why after initially recovering from the brain injury, rather miraculously, he fell into dementia.

The truth is that Paul, like many football players that have donated their brains to science, acquired his dementia in his mid 50s because of the TBI. Just as those football players that had multiple concussions had. Paul's mother lived well into her 80s and only started to show dementia in her last year. Paul's father began to show Alzheimers in his mid 80s, which is relatively normal. Paul was 54 when it became obvious something was very wrong and eventually he was medically deemed: Early Onset of Demetia Due to A Brain Injury.

It's very cathartic being able to share my story. While reading it through yesterday, I thought; how the hell did I live through this? Many of the folks in the audience were caregivers and I could pretty much guess what they're going through. One woman said to me "Friends tell you, 'you take care of yourself', and they wag that finger. Well how am I supposed to do that when my husband needs full time care?"

One of the stories I told was how I let myself get so beat down by the caregiving and the worry and that at it's most climactic, when I decided it was time to find a nursing home for Paul, I would cry myself to sleep. I'd think, it's 10pm now, I have to get my son up for school at 7am. I have about 45 minutes to cry right now. Then I'd shut it off and make myself go to sleep. After a week of that it backfired. I was awoken at 4am by my heart, which was beating over 200 beats per minute. I was having an SVT: Supraventricular Tachiacardia. I called 911 and had to go to the hospital. I thought I was gonna die. Turned out SVT's are relatively benign, there were things I could do to bring my heart rate down (like plunge my face in a bowl of water and ice, shocking the heart back into a normal rate). I could live with this.

The point is, I'd reached my nadir, the lowest point on my caregiving trajectory and it was time to turn over the reins to caregiving professionals and find away back into self care; like exercise, time alone, creativity,
fun stuff... 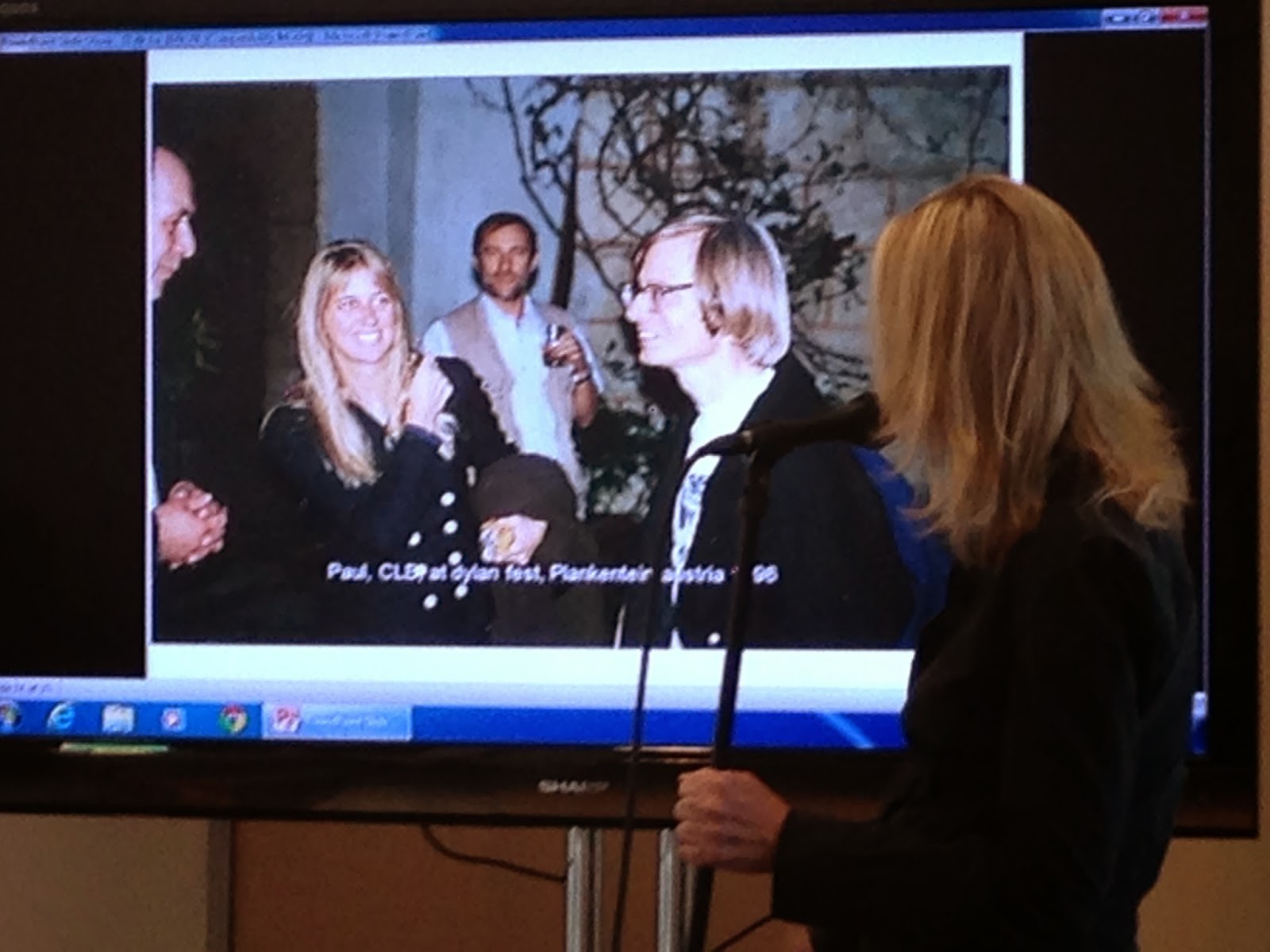 It was a real honor being able to talk to the California Brain Injury Assoc. conference,  to a group of men and women that have been down some similar paths to my own story. Though mine is a cautionary tale, I hope in some small way I was of help to those still living with their own beloved stranger.