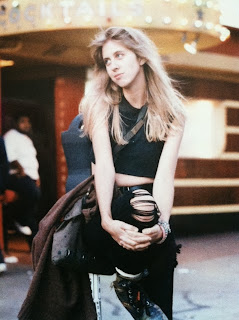 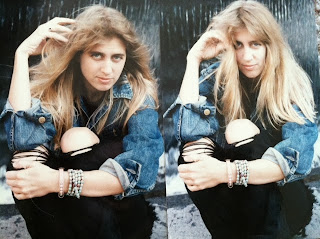 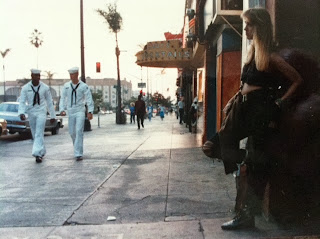 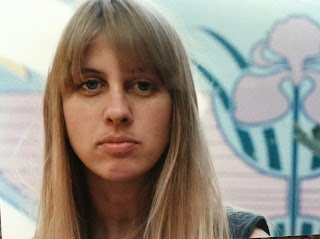 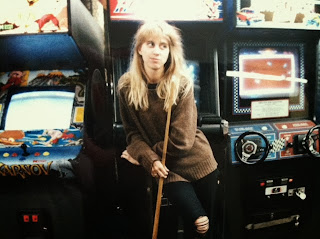 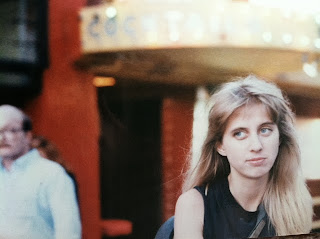 These were all taken in downtown San Diego, mostly along Broadway,  before the gentrification really kicked in. You can see it was a playground for sailors and the anonymous. I lived about 6 blocks from here on Market and 5th in a building that was sorta subsidized for artists, so our rent was a bit cheaper then the norm. I was living here sometimes and part of the time in New York City on the Lower East Side with my then boyfriend, from the Antifolk scene, Kirk Kelly (also a songwriter).

I worked as a temp for months at a time, usually being offered a job but having to turn it down because I needed to get back to New York for a while. Me and my Antifolk pals liked that whole Beat Poet transient thing, living part time here part time there. Wasn't so good on the pocket book, but it was great fun.

Dan and Michelle in the art department at Rhino Records introduced me to Henry Diltz. They booked the photo session date and drove down from LA with Henry in tow. He was super nice and had that long pony tail in back. I was impressed with how comfortable he was to be around and how easy it was to get into a space where you could feel like yourself with him. I was aware of the great photos he'd taken of The Doors and Joni Mitchell and others and he just didn't make it a problem, if you know what I mean. I could be myself. 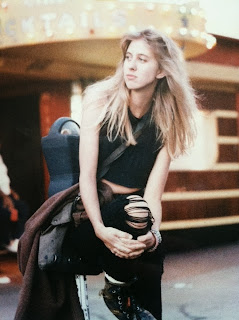