First Week on the East Coast 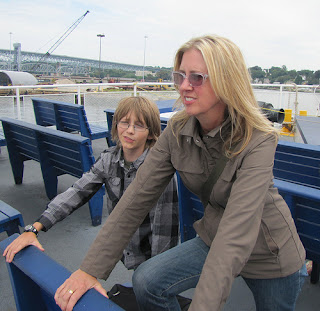 2013, with it's four months left, has been a most difficult year. I say that, because of the obvious, because of the loss and the knot of stuff that goes with endings, but not with anger, though sometimes frustration. It is and has been, a year of transformation. And with change comes some confusion and grasping, but mostly a feeling of being 'void of course'. 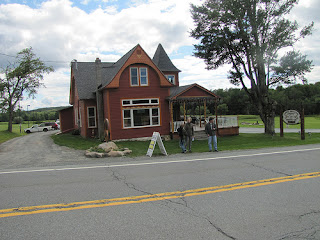 And so it made a lot of sense to get out of town and do a little adventuring. Alexander and I flew into Boston a few weeks ago on a red-eye, took a cab to Sarah Smith and Fred Perry's home in Brookline, slept for 3 hours, caught a train to Stanford, Ct where David Hartwell picked us up, drove us to his place in Pleasantville, NY and took us to dinner. A darned good start to the adventure.  I had bet Alexander that he would for sure sleep on the red-eye and I was wrong, he won a dollar and I slept for a lovely long hour.

Next day David, Alexander and I drove out to the Catskills where my friend John Hector had set up a show at a cool little joint in Bethel called The Dancing Cat Saloon. It was a distillery and a music lovers hang-out. I met most of John's family and the opener was a friend of his from kindergarten and her husband.

Bethel is the place where the original Woodstock concert happened and it turned out, I was there the week of the anniversary of the big music fest, so I read something of Pauls, who had been there, from his book Right To Pass. 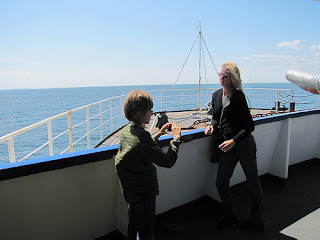 Next day we headed back to Connecticut where Alan Bershaw held a Poolside-House Concert. Alan is a long time friend and if there's every anything you want to know about the recordings of Sandy Denny, Jewel, or Cindy Lee Berryhill, or Wolfgang's Vault he's the guy. 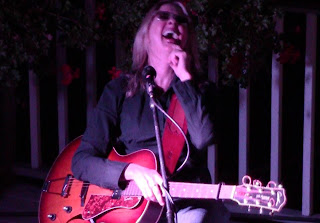 some laughs (A. Bershaw) 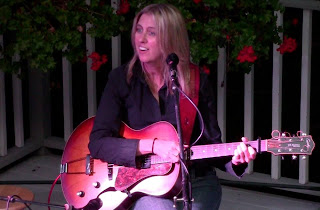 some surprises  (A. Bershaw) 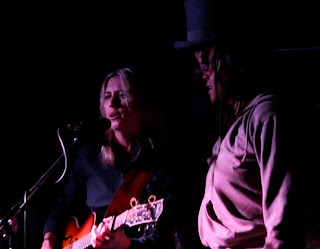 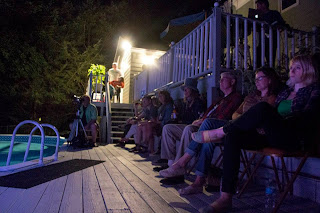 the mellow vibes of pool-light permeate the mood
(Amy Neufeld) 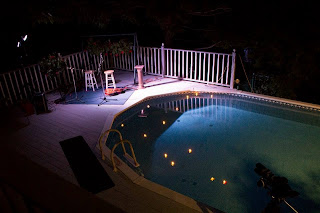 After a late night with friends we had to get up and get going early so we could catch the ferry from New London to Orient Point on Long Island. We stayed at a cool and funky older hotel right on the  L.I. Sound then high tailed it over to the breath-takingly charming and historic Old Mill Inn to play a show. 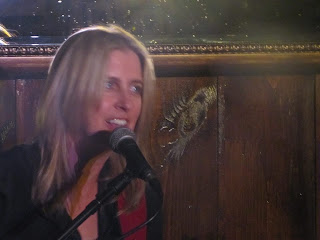 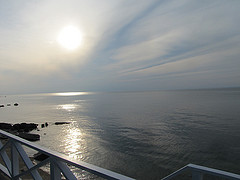 The Ocean air is so different on the east coast. It was wonderful sleeping to the sound of water lapping gently on the shore with sea gulls scree-ing in the distance.

A few days later we were heading into New York City just for a day. Heading into David Hartwell's work, he's a senior editor at Tor Books. Alexander gets set up in his own office and I visit Boo-Hooray Gallery in Soho (the place that exhibited Paul's work last March) and visit with curator Johan Kugelberg for a few hours. 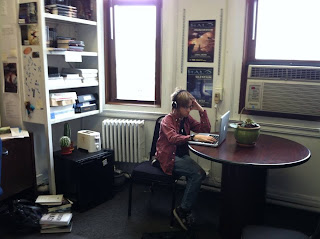 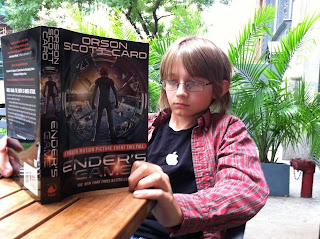 Reading one of Tor Books bestsellers 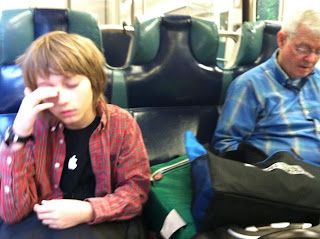 Heading home after a long day at the office
And getting ready to hit the road again, this time a late night drive up into the New York Adirondacks.....(more to come)