Floating; is it space or is it the sea

Just watched Wall-e with my son. Last time we watched it was with (my late husband) Paul around 2008. Dang it's still such a great film. And the part at the end where Eve is doing everything/trying to bring Wall-e back to life, or back to himself, reminds me of how many things I tried to fix or help Paul.

Some things we have to let go of, some people, and accept that their fate or life path is out of our hands. That the outcome is not up to us or our doing. Maybe something bigger is at work.

You know the Auto-wheel in Wall-e, and how it goes berserk and tries to control the outcome for everyone on board the Axiom? How it becomes a kind of H.A.L. type computer that must control all things on the ship of life, including destroying the life? That's what I think of myself as now, when I think back at that time when I was in the throes of trying to keep our little family (of three) together, on time, ok, fed, medicated or whatever furthered the directive.

I'm thankful that somehow in the midst of that crazy brain, I was aware I was off base, and would find a way to back off. Playing music helped. I'll always be grateful to the musicians that helped me through that rough patch startin' around 2004. Mary Fleener and Paul Theerio (i.e. The Wigbillies) were a blast to play music with and whenever I had the chance to escape my home-life for a brief spell and spend time in their garden and home full of cool weird art and music it was a wonderfully healing thing.

I owe a debt of gratitude to Christopher Hoffee (and Patrick Dennis who introduced us) as well who insisted I come record music in his recording studio. He wouldn't leave me alone. Every other week or so, and I'd been off radar/other side of the moon for a spell, I'd get a call from Chris making me promise to come back in with the Wigbillies.

At any rate, it's been a week of getting over a cold and thoughts of Paul. I got a package of his books in the mail this week, stuff sent back here from the Boo-hooray Gallery exhibit. One of the books How Deep is The Ocean: Brian Wilson and Beach Boys being a book Paul wrote and released in 1998. He had signed this copy to me in November of 2000, we had separated the year before and were now happily back together, he wrote: "Just like it says on page 5, I Love You!" and then at the bottom a quote from one of our favorite Brian Wilson songs Til I Die, "I lost my way". 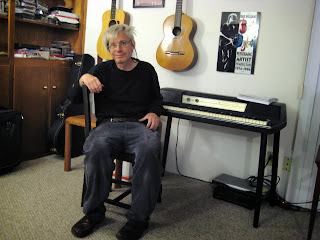 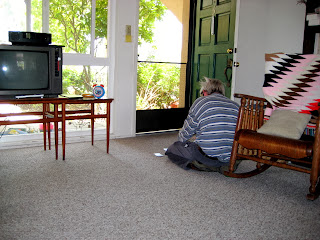 2007 playing solitaire by the door 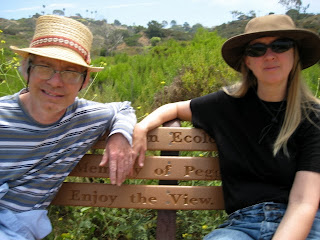 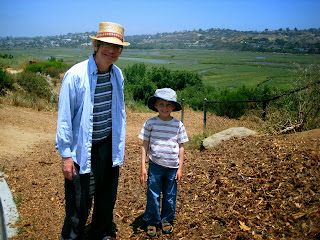 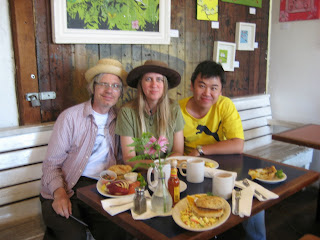 2008 w Chin Chu who was visiting from Singapore 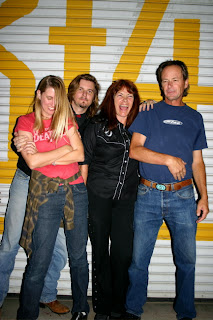