This is Super 8 footage Debbie "Fluffy" Spinelli shot of our tour, my first, in 1988...(with the exception of the shots of us on stage and of Fluffy in the van-those were filmed by my then manager, Bruce Solar).

Most of the locations are Boston or New York City. My archivist, the wonderful Alan Bershaw, took the footage and matched it with the song Yippee! from the 1989 album. He said "The timing on the footage and the song were almost exact, so an accidental almost perfect fit."

The song comes from my second Rhino album, Naked Movie Star, recorded in mid-town Manhattan and produced by Lenny Kaye. Btw, Fluffy is playing drums on the track.

The shots in the van are me (w the hat), Waygone Rex Wilson (making faces) and Bruce Solar. My friend Rick Saxton was driving but you don't seem him much. The big stage was a club in Boston called The Channel. The goofy-step dancing is downstairs at the Pyramid Club, while their dance music rumbled the floors above us.

A point of fact: the first show I played in NYC was at the Pyramid on Avenue A...$200 for 15 minutes and introduced by the great transvestite gogo-girl Happy Face. Iggy Pop was in the audience. My first paid gig (I knew there was a reason to leave San Diego) and what a blast. 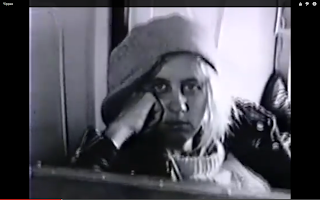 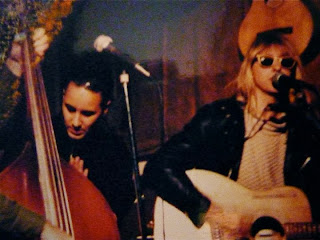